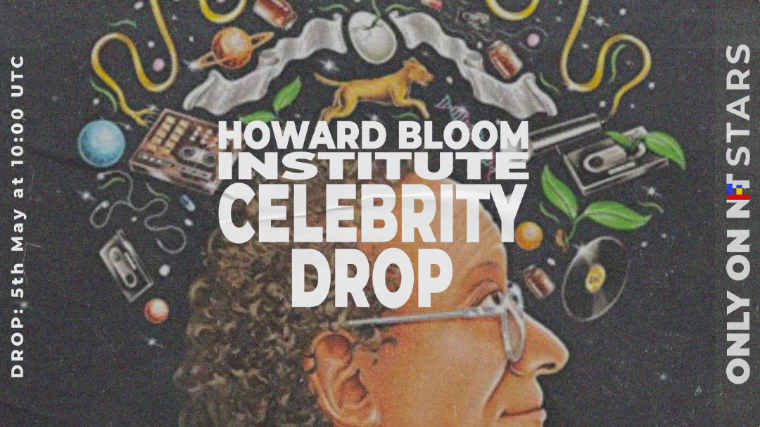 Howard Bloom played a huge role as a music publicist, particularly in how the story of REO Speedwagon unfolded. At the time of their collaboration, REO Speedwagon released the Hi Infidelity album that became their highest-selling album of all-time and achieved a mind-blowing, six-time platinum status worldwide.

The artwork created by the Howard Bloom Institute “REO Plaque” conveys the dynamic and powerful image of legendary band REO Speedwagon, famed publicist Howard Bloom and the 6x platinum album they worked on together. The artwork was accompanied by original music by Eva Shaw and the never-before-heard story from Bloom himself.

Howard Bloom is an American author who worked as a music publicist in the 1970s and 1980s for legendary artists including Prince, Billy Joel and REO Speedwagon. His prophetic insight as the music industry’s go-to publicist helped catapult countless artists into stardom.

Everything changed rapidly for Howard after suffering (and surviving) a devastating illness — chronic fatigue syndrome, which unexpectedly transformed him into a theorist of everything to do with human beings. Having retired from his position as one of the most sought-after and respected publicists in the history of music, Howard Bloom decided to devote the rest of his life to science. For example, he developed a fuller understanding of the cosmos and came up with various philosophical concepts in an attempt to reach the darkest depths of the human soul, as he likes to say.

Since Howard Bloom has proven to be quite an influential figure, the public has had a hard time accepting his retirement from his long career as a publicist. However, an enthusiastic group of people, heavily inspired by the exciting story of the American author, founded the Howard Bloom Institute.

The newly-created Howard Bloom Institute can boast having well-known members like Jeff Bridges, Harry Hamlin and leading researchers in fields such as space technology, from places as diverse as Vienna, London and Spain. Basically, the Howard Bloom Institute is the perfect place to discover and immerse yourself in Howard Bloom’s unique understanding of human nature.

The community never tires of learning and discovering something new or unusual. In a broad sense, the mission of the Howard Bloom Institute is to enhance, elevate and empower humanity. This can be achieved through the promotion of Howard Bloom’s works and ideas.

The Howard Bloom Institute allows people to look at conventional things in ways they have never seen before, offering an innovative perspective. The organization changes the perceptions of individuals’ about the world around them and that is what the founding team of NFT STARS looks for in the partners and authors it collaborates with.

The official website for the Howard Bloom Institute may be found at https://howardbloom.institute

Facebook
Twitter
Pinterest
WhatsApp
Previous articleInterview with Marjorie Duryea, Author of A Little Blues Story
Next articleWhich US laws have been shown to cut gun violence