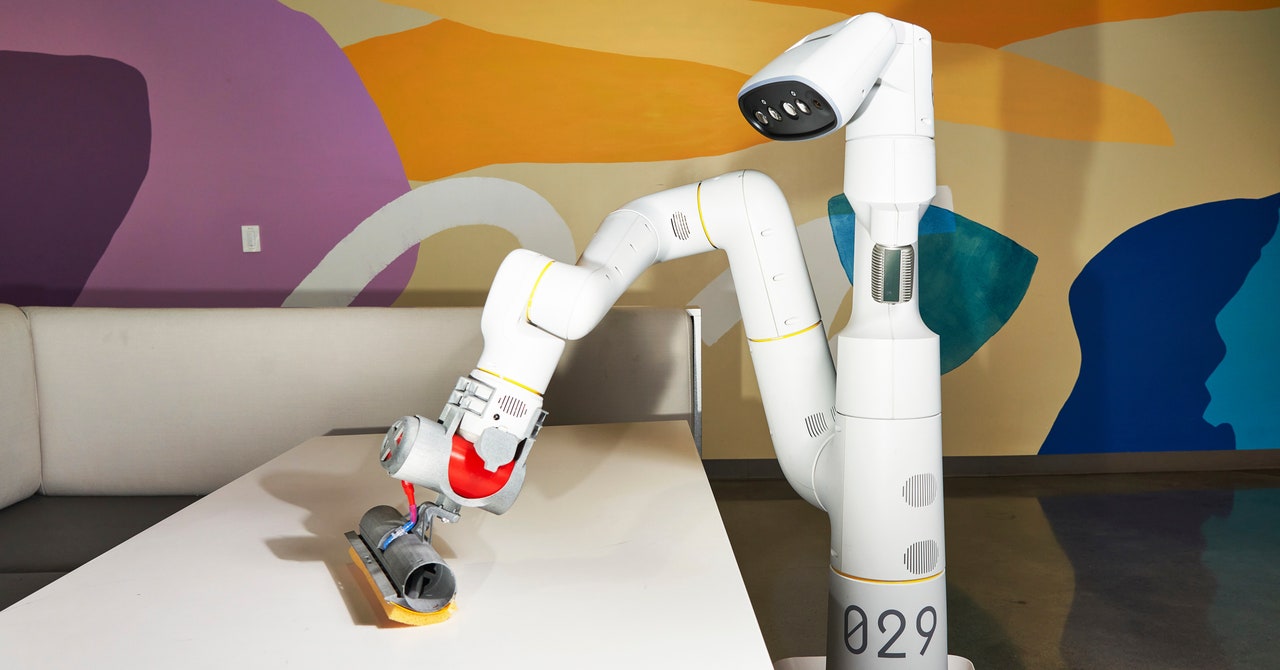 These creatures are targeting tabletops. One of them will wheel up to a table and ponder for a few seconds to determine if people are seated; if so, it moves on until finding one that’s empty. After lingering for a second—maybe taking the algorithmic equivalent of a deep breath before the “Let’s do it” moment—the robot twirls and unfurls its limb, stretching the arm over the table to methodically cover the surface with a clear disinfectant. Then it withdraws the arm to squeeze out the excess fluid into a bucket on its base. Task completed, it moves on, seeking another table to swipe.

People finishing their lunch don’t even bother to look up. The robots have been doing this for weeks. 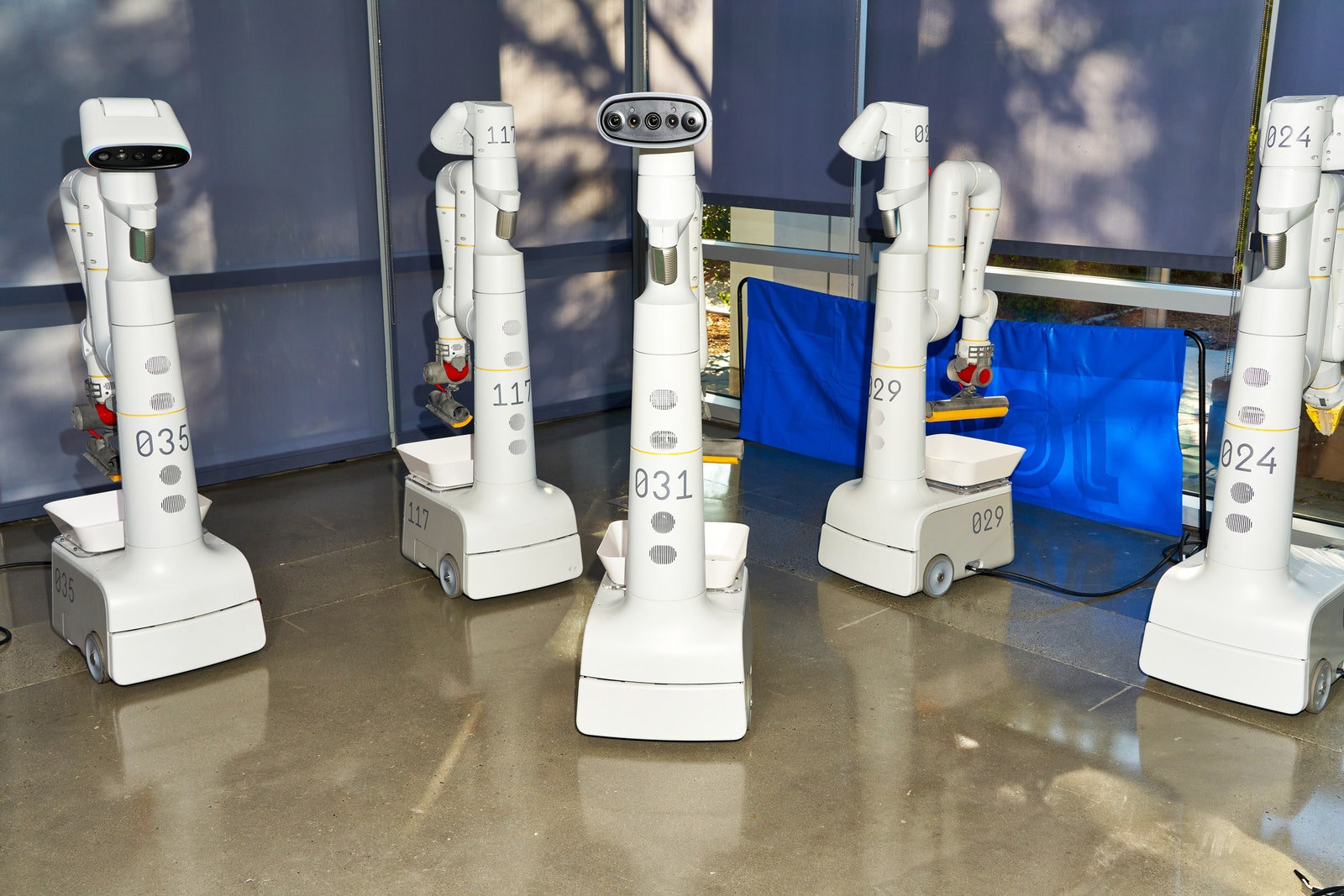 No, this isn’t a desperate attempt to address the labor shortage. It’s research by Everyday Robots, a project of X, Alphabet’s self-styled “moonshot factory.” The café testing ground is one of dozens on the Google campus in Mountain View, California, where a small percentage of the company’s massive workforce has now returned to work. The project hopes to make robots useful, operating in the wild instead of controlled environments like factories. After years of development, Everyday Robots is finally sending its robots into the world—or at least out of the X headquarters building—to do actual work. It’s enough of a milestone that they invited me to observe, two years after WIRED’s Tom Simonite last looked at the project. At that point, they had robots sorting trash into the proper recycling bin. Janitorial services represent the next, if not the final, frontier. 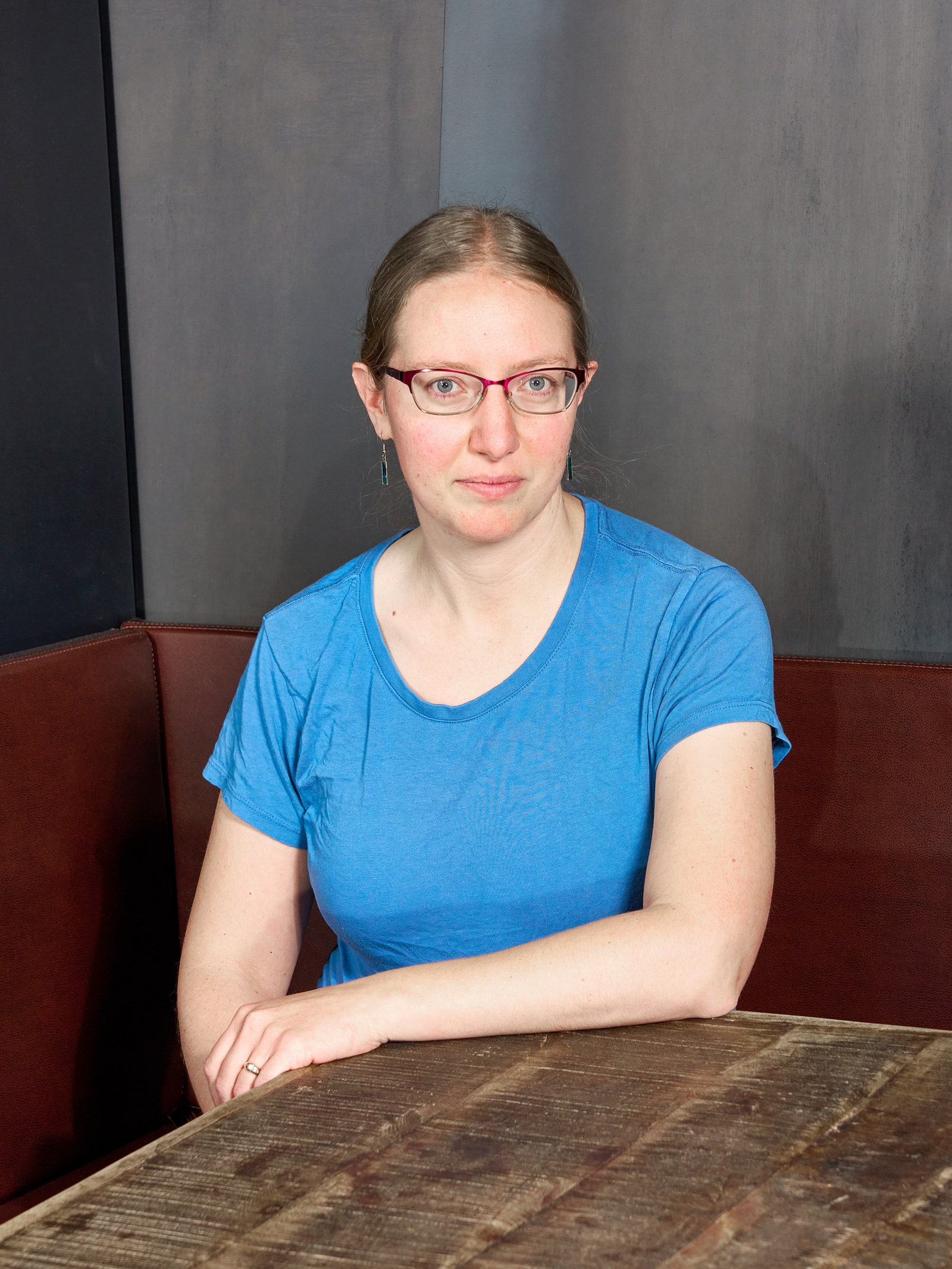 I kid, but this is serious stuff. Everyday Robots is trying to do two really hard things, a challenge so hairy that some question whether the effort is worth it. The first is credibly performing the tasks of human helpers. Everyday Robots lives on the razor’s edge of Moravec’s paradox, which states that it’s relatively easy for computers to perform difficult cognitive work and devilishly difficult to duplicate the functions of a two-year-old. Elsewhere under the Alphabet umbrella, robots navigate complicated traffic routes, drive automobiles more safely than humans, and become the champion of Go. In the Everyday Robots world, conquering a mundane task, such as crossing a cluttered room and opening a tricky door handle, is like winning the Super Bowl. The table wiping activity, for instance, isn’t just the swipe—it includes a whole suite of actions leading up to it. Take what happens when the path is blocked by a human or object. “The proper response for the robot is, OK, do I have enough space to gracefully move around that?” says Darcy Grinolds, who is the lead of the project’s hardware reliability and design validation team. “Or do I need to reroute myself around completely?”

The second hard thing the project is attempting to do is move toward that goal in such a way that it makes more sense, in terms of both economics and efficiency, to have a robot on hand than a bored and underpaid human.

Opening the door to a robot future.

Google, and now X, has been obsessively pursuing this vision for more than a decade. Leading the Everyday Robots team is Norwegian-raised engineer Hans Peter Brondmo, an entrepreneur and engineer who joined X in 2015 and had to make sense of a cacophony of robotics acquisitions by the former leader Andy Rubin, who left the company under a cloud of sexual harassment claims. “Hans Peter was not the obvious choice,” says X’s CEO Astro Teller. “He cares about robotics, but he would be the first person to tell you he’s not a world-class roboticist. I picked him because he’s a world-class entrepreneur who really understands people. And he’s sort of a dyed-in-the-wool socialist—he comes from Norway!”

In an office he shares with a nonfunctional robot arm he built as a teenager, Brondmo explains that making an effective general-purpose robot became possible only with recent advances in machine learning. The engineers use machine learning to train the software to recognize objects and then run millions of simulations to compress weeks of testing into hours. This helps the lumbering robots in his lab to truly understand their environment, and build on that knowledge to accumulate a toolset that helps solve the inevitable dilemmas of coping in the wild. While Everyday Robots might not be as flashy as the dystopian androids in Boston Dynamics videos, they are optimized to get stuff done. (Alphabet once owned Boston Dynamics, but sold it off in 2017.)