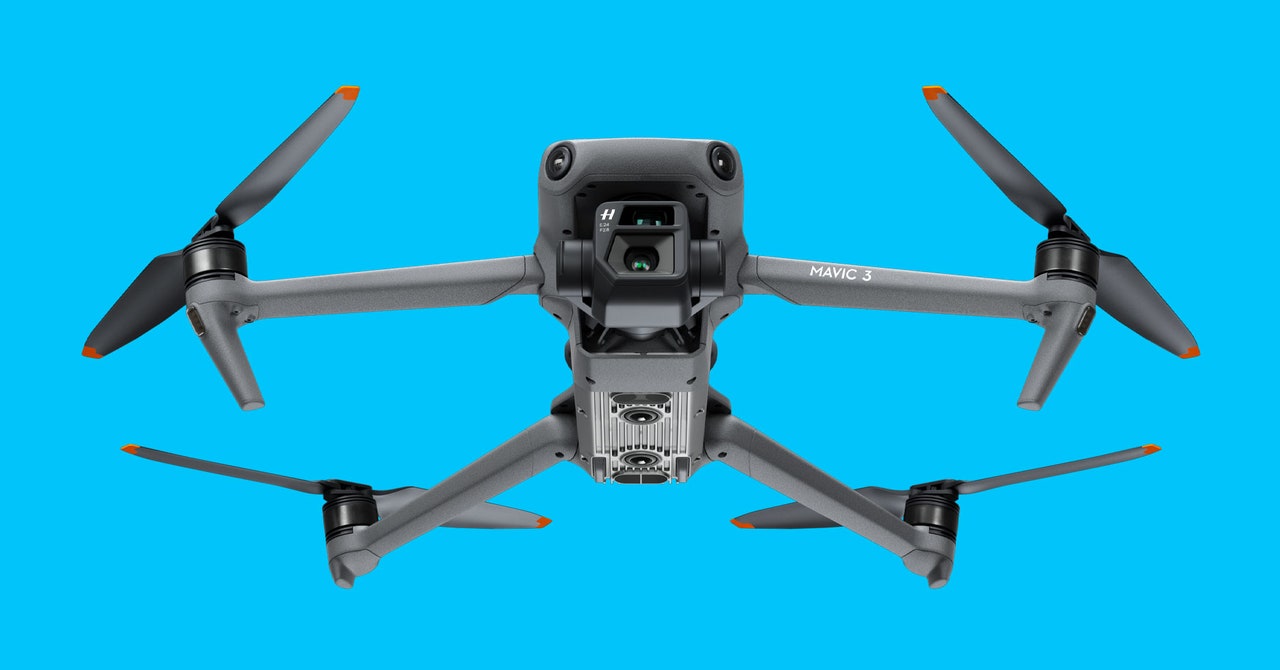 DJI’s Excellent Mavic 3 Is on Another Plane

The new system is impressive, so much so that for the first time ever, I set the app to use the most conservative settings and actually tried to run it into a tree. I still could have hit the tree, but the number of warnings I got would have stopped any normal person long before the collision occurred. That said, no collision avoidance system is perfect—exercise caution when flying around obstacles. At the opposite end of the spectrum, there’s Sport mode, which has no avoidance protection at all and can now reach speeds around 42 miles per hour.

The Mavic 3 will eventually have access to ActiveTrack 5, which DJI claims will be better at tracking subjects in automated flight modes. With this feature, the drone moves with the subject instead of just tracking it with the camera. Consider the cliché shot of a car driving a windy mountain road—with ActiveTrack 5, you’d be able to automatically follow the car’s movement. More interesting, DJI claims the vision sensors will help track movement and even be able to locate the subject should it disappear from the frame (again, think of the car on the road, momentarily lost in trees; ActiveTrack 5 should be able to find it when it reemerges).

Unfortunately, DJI has followed the lead of far too many tech companies these days in announcing features well before shipping them. We used to call this vaporware, but it’s become par for the course with camera and device makers. It’s a trend we’d like to see end, but for now, suffice it to say that if these features are potential selling points for you, don’t buy the Mavic 3 just yet. DJI says the new features will be available via an update in early 2022.

Surprisingly, the Mavic 3 uses DJI’s Fly app. I say surprisingly because this is clearly a drone aimed at pros, and the company’s Go 4 app has plenty of settings pros would love—white balance controls and Aperture Priority mode, to name a few—that aren’t in the Fly app. It’s not that the Fly app is bad, it just feels aimed at a much more casual user than the Mavic 3 is likely to attract. Still, the variable aperture controls are easy to use, and you can customize the settings to suit your workflow. Maybe advanced features are another one of those things coming down the road.

As it stands, though, the Mavic 3 is an impressive drone. The Cine model especially, with the ability to shoot ProRes video, will be welcome news for professionals who need high-quality imagery. The Cine starts at $5,000, which is well beyond what more casual users are going to spend.

The base model is not exactly cheap at $2,200, but it’s more approachable, and it still produces the best quality video footage I’ve seen from a consumer drone. The long flight time, impressive obstacle avoidance features, and (in theory) ActiveTrack 5 make the Mavic 3 stand well above anything else on the market.