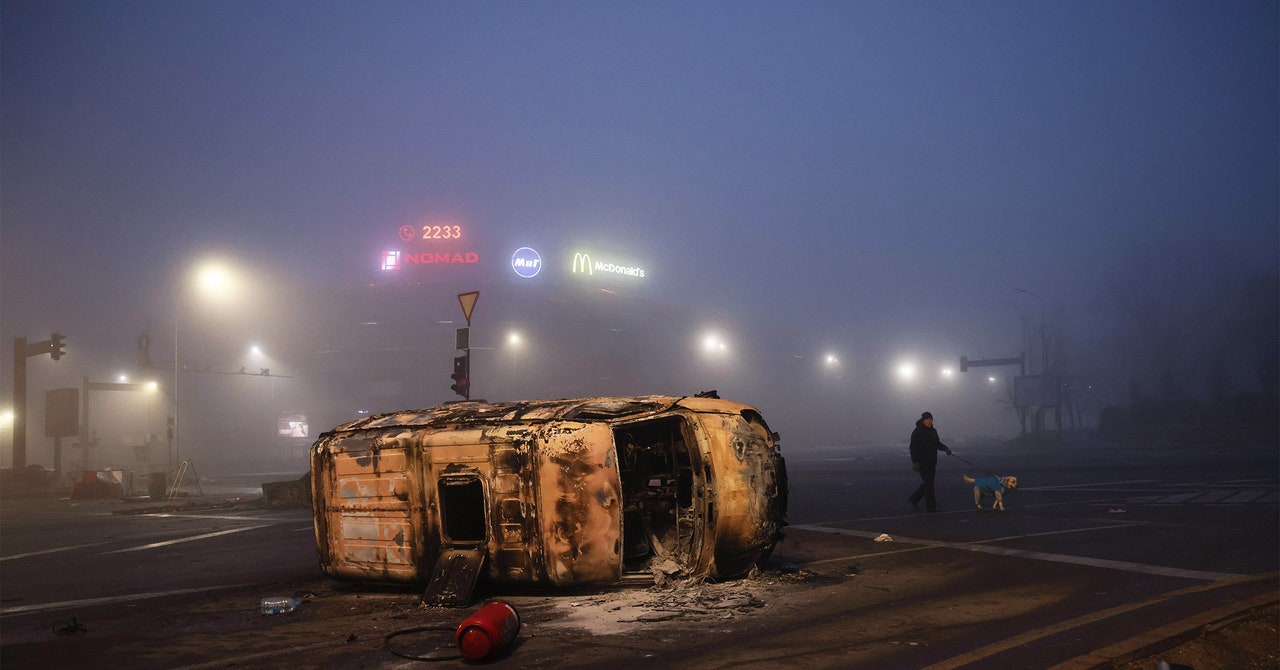 As Kazakhstan Descends Into Chaos, Crypto Miners Are at a

When Denis Rusinovich set up cryptocurrency mining company Maveric Group in Kazakhstan in 2017, he thought he had hit the jackpot. Next door to China and Russia, the country had everything a Bitcoin miner could ask for: a cold climate, legions of old warehouses and factories where the mining rigs could be installed, and—especially—dirt cheap energy to power the electricity-guzzling process through which cryptocurrency is minted.

“That was a good opportunity,” Rusinovich says. When China outlawed cryptocurrency mining overnight last June, many miners based in the country—which at the time made up between 60 and 70 percent of Bitcoin’s mining network—made the same call and hastily relocated to Kazakhstan, bringing to the country as many as 87,849 mining machines, according to a Financial Times estimate. Less than a year later, the initial buzz is history: Miners are now being confronted with frozen machines, popular unrest, and Russian troops roaming across the country. And leaving is not an option. 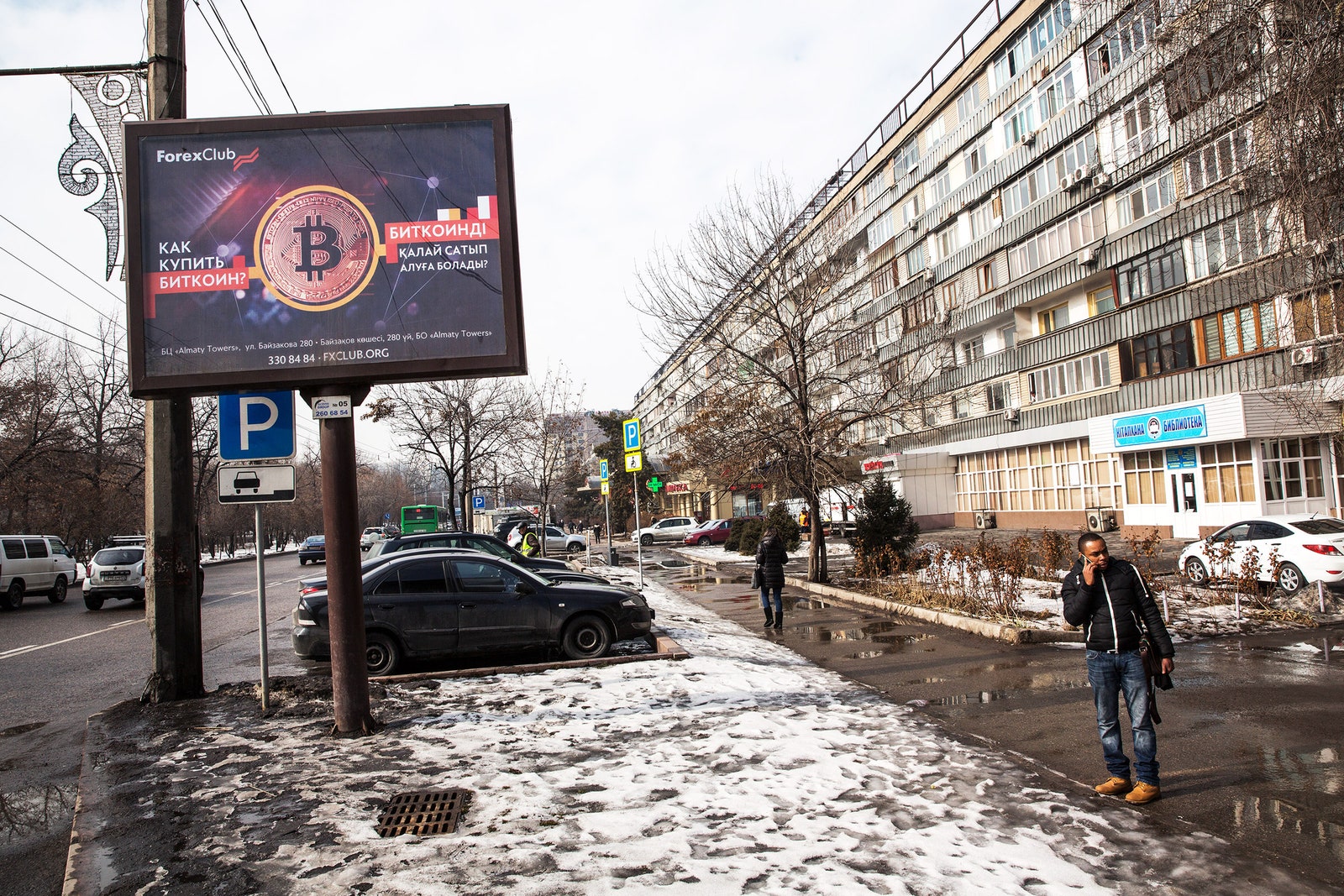 Last week, chaos engulfed Kazakhstan as protests in the south of the country over a spike in fuel prices resulted in police repression, the removal of former president Nursultan Nazarbayev from his role as head of the security council, and an internet shutdown. Russian-led troops acting under the orders of the CSTO, a military alliance of post-Soviet states, were deployed to the country. The shutdown’s impact on crypto mining was evident—the Bitcoin network lost 12 percent of its hashrate. Jaran Mellerud, an analyst at cryptocurrency insights company Arcane Research, estimates that the shutdown alone, which added up to about 100 hours without nation-wide connectivity over six days, might have cost Kazakh miners around $20 million, or $4.8 million for every 24 hours with no internet. For many miners, that was just the latest in a series of unfortunate circumstances that had dogged their operations for months. Those tempted to relocate to the country for its low energy prices had found that its aging power grid was not prepared to handle the sudden influx of miners, which caused a spike in the consumption of energy. The government said mining accounts for 8 percent of the country’s capacity. Grappling with blackouts and power cuts, in October 2021 the government announced it would start rationing power supply to registered miners and unplug them if the grid came under any stress.

This means that, at best, cryptocurrency mining farms stop working during peak hours, when the general population turns on the heating due to the inclement winter. “From 6 pm to 11 pm—[the power providers] sometimes cut off electricity to our mining farms,” says Didar Bekbauov, founder of mining colocation company Xive. “That is definitely a problem. Hopefully when the winter season ends in March, we will be alright.” But in other cases, Rusinovich says, it was “no operation” at all. That is not only a problem in terms of lost gains—Rusinovich says miners lost “tens of millions of dollars” a month due to the power cuts, and Bekbauov says his mines are just about breaking even—but the weather presents an additional risk during shutdowns because condensation instantly freezes on mining machines in Kazakhstan’s sub-zero climate, potentially damaging the hardware. “[If the machinery is] instantly shut down, if it’s cold, it freezes solid,” he says. To guard that frozen stock during the protests, many miners decided to spend money on extra security, says Alan Dorjiyev, president of Kazakhstan’s National Association of Blockchain and Data Centers Industry. “I talked to all the mining sector owners, and they said that they have increased the security for the mining facilities—because the equipment is quite expensive,” he says. That, he says, was despite the fact that most mining farms are located in the energy-rich north of the country, far from the turmoil.

So why are they still there? The answer is, brutally, that they are stuck. All the other major countries that have cryptocurrency mining infrastructure—including Russia, Canada, and the US— are grappling with an acute shortage of adequate facilities. “It could not be any worse—just there’s no space, there’s no capacity,” says Alex Brammer, vice president of business development at mining company Luxor Tech. “The largest American publicly traded mining companies are having significant problems getting their miners plugged in any time within the next three to six months.”

Someone coming out of Kazakhstan who doesn’t already have a groundwork of relationships built up in their target jurisdiction will find it “pretty close to impossible,” Brammer says.