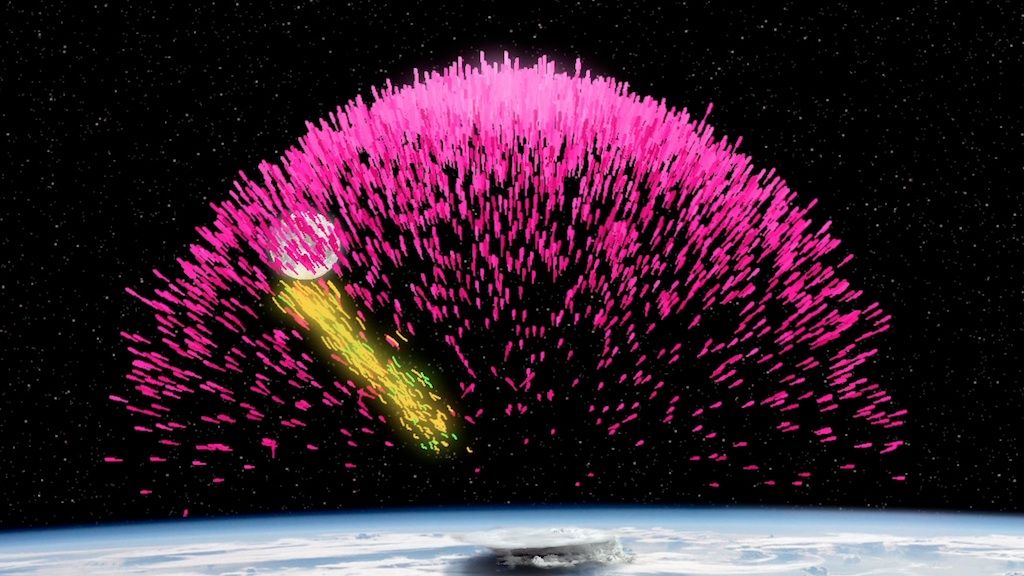 What is antimatter, how is it made and is it

To better understand antimatter, one needs to know more about matter. Matter is made up of atoms, which are the basic units of chemical elements such as hydrogen, helium or oxygen.

The universe of an atom is complex, as it is full of exotic particles with properties of spin and “flavor” that physicists are only just beginning to understand. From a simple perspective, however, atoms have particles that are known as electrons, protons and neutrons inside of them. Each element has a certain number of protons in each atom: Hydrogen has one proton; helium has two protons; and so on.

In the heart of an atom, called the nucleus, are protons (which have a positive electrical charge) and neutrons (which have a neutral charge). Electrons, which generally have a negative charge, occupy orbits around the nucleus. The orbits can change depending on how “excited” the electrons are (meaning how much energy they have).

In the case of antimatter, the electrical charge is reversed relative to matter, according to NASA. Anti-electrons (called positrons) behave like electrons but have a positive charge. Antiprotons, as the name implies, are protons with a negative charge.

These antimatter particles (which are called “antiparticles”) have been generated and studied at huge particle accelerators such as the Large Hadron Collider operated the European Organization for Nuclear Research, according to CERN.

Antimatter isn’t the same as antigravity and though this hasn’t been experimentally confirmed, existing theory predicts that antimatter will behave the same in gravity as  normal matter.

Antimatter particles are created in ultra high-speed collisions. In the first moments after the Big Bang, only energy existed. As the universe cooled and expanded, particles of both matter and antimatter were produced in equal amounts. Why matter came to dominate is a question that scientists have yet to discover.

One theory suggests that more normal matter was created than antimatter in the beginning, so that even after mutual annihilation there was enough normal matter left to form stars, galaxies and us.

Antimatter was first predicted in 1928 by English physicist Paul Dirac, who is lauded as one of Britain’s greatest theoretical physicists.

Dirac put together Einstein’s special relativity equation (which says light is the fastest-moving thing in the universe) and quantum mechanics (which describes what happens in an atom). He discovered the equation worked for electrons with negative charge or with positive charges.

While Dirac was at first hesitant about sharing his findings, he eventually embraced them and said that every particle in the universe would have a mirror image. American physicist Carl D. Anderson discovered positrons in 1932. Dirac received a Nobel Prize in Physics in 1933, and Anderson got the prize in 1936.

When antimatter particles interact with matter particles, they annihilate each other and produce energy. This has led engineers to speculate that antimatter-powered spacecraft might be an efficient way to explore the universe.

NASA cautions there is a huge catch with this idea: it takes about $100 billion to create a milligram of antimatter. While research can get by on a lot less antimatter, this is the minimum that would be needed for application.

“To be commercially viable, this price would have to drop by about a factor of 10,000,” the space agency wrote. Power generation creates another headache: “It costs far more energy to create antimatter than the energy one could get back from an antimatter reaction.”

But that hasn’t stopped NASA and other groups from working to improve the technology to make antimatter spacecraft possible. The Tau Zero foundation is a “vast international network of dedicated, accomplished scientists, aerospace engineers, journalists, artists, and science fiction writers” who are pioneering interstellar flight and have solving the antimatter propulsion problem in their crosshairs.

NASA created a 2010 report (with help from The Tauri Group and others) called “Technology Frontiers: Breakthrough Capabilities for Space Exploration,” which detailed how a fusion spacecraft could work.

The design calls for pellets of deuterium and tritium (heavy hydrogen isotopes with one or two neutrons in their nuclei, unlike common hydrogen that has no neutrons). An antiproton beam would then be beamed into the pellets, which would bash against a layer of uranium embedded inside.

After the antiprotons strike the uranium, both would be destroyed and create fission products that would spark a fusion reaction. Properly directed, this could make a spacecraft move.