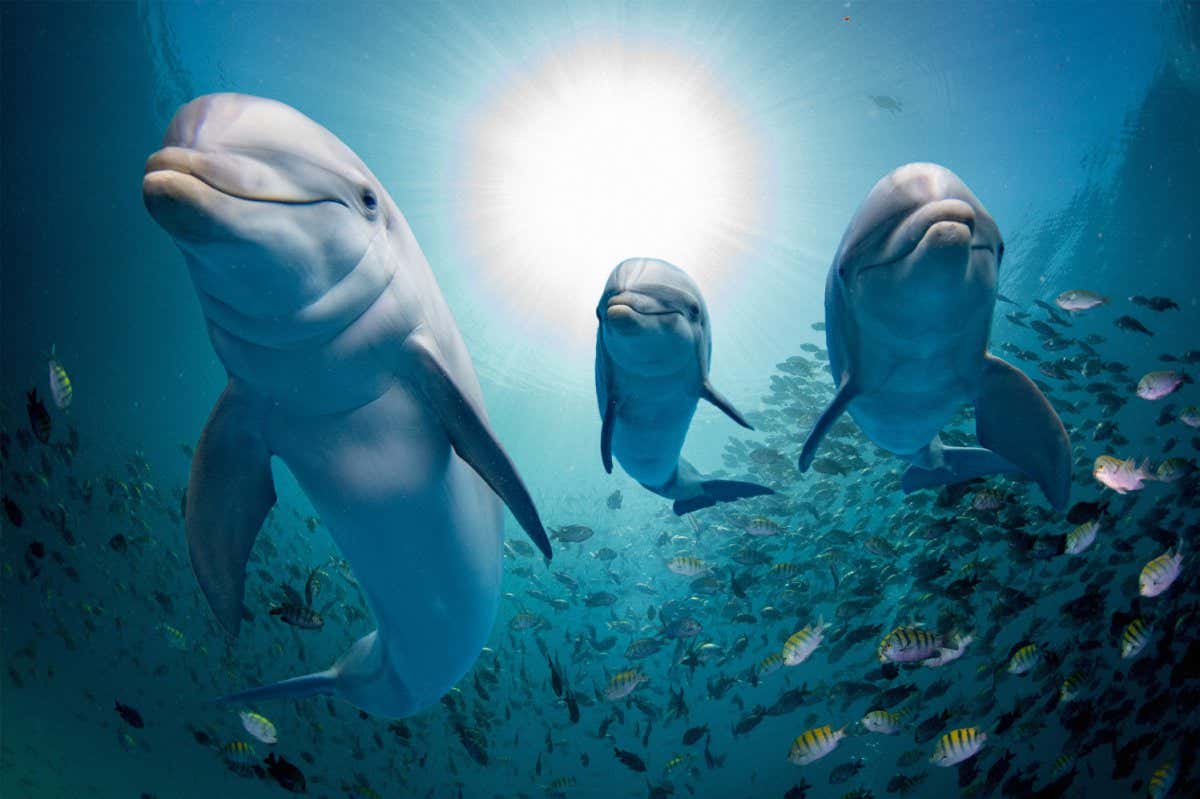 What intoxicated animals can teach us about our vices

Is there a chemical explanation for those chilled-out smiles?

IF YOU have ever woken up with an apocalyptic hangover and vowed to live a more wholesome life, don’t look to nature for inspiration. In particular, don’t copy the cedar waxwing bird. Its penchant for the fermented fruit of the Brazilian pepper tree has led to wonky flights and window-collision fatalities with a blood-alcohol concentration of almost 0.1 per cent (the limit when driving in the US is 0.08 per cent).

In Drunk Flies and Stoned Dolphins, biologist Oné R. Pagán leads us through the history of animal intoxication, while making it clear that he isn’t “advocating for the consumption of drugs… not even a little”.

He begins with the most widespread drug of all: alcohol. Naturalists have noted its effect on wildlife for centuries, with Charles Darwin recording in The Descent of Man how baboons in north-east Africa could be lured into a trap using beer. He also noted how, after being plied with brandy, a spider monkey “would never touch it again, and thus was wiser than many men”.

Pagán writes in a personable style and with a boyish enthusiasm for his subject. He wants to invite the reader on a journey that he firmly believes “is no less awe-inspiring than a trip to the stars”.

We learn that pods of rough-toothed dolphins have been seen passing around pufferfish in the manner of cannabis users sharing a joint. Zoologists believe the fish’s lethal tetrodotoxin induces psychoactive effects, which the dolphins seem to enjoy.

Bees, however, are less liberal. Any workers returning to the hive while drunk on fermented nectar are forbidden from entering, and are sometimes executed at the entrance by dismemberment.

The book also explores non-recreational drug use by animals, explaining the many reasons why they use them. Sometimes it is medicinal, such as the Arctic fish that produce metabolic ethanol to endure freezing temperatures; sometimes it is an evolutionary accident, as with the observation that monkeys drawn to alcohol “conferred a selective advantage on our primate ancestors by helping them locate nutritious fruit at the peak of ripeness”.

And sometimes it isn’t clear if the intoxication is deliberate or something the animal may come to regret. Examples include jaguars that eat leaves of the yagé vine (an active ingredient in ayahuasca hallucinogenic tea) and become unusually playful, and mid-18th-century horses that became dangerously erratic after eating locoweed during droughts.

Drunk Flies and Stoned Dolphins is more than just a blooper real of animal overindulgences, however. Pagán illustrates that, while human history has been shaped by trade (which was itself steered by the popular stimulants and depressives of the ages), animals’ relationships with drugs are no less complicated.

He also reveals how animals have helped us understand the biological effects of intoxication via experiments on fruit flies. Measuring drunkenness in a fly requires a device called an “inebriometer”, a tube filled with ethanol vapour that lets scientists record the dizziness of the sozzled insect. Tests like these have revealed that the flies’ habituation, tolerance and reward behaviours are surprisingly similar to our own. Pagán also makes space to discuss addiction, and how it could happen to any multicellular organism with a nervous system.

Then there are the potential effects of drug pollution on wildlife. In 2019, a person in Tennessee flushed a stash of drugs into the sewers, prompting the local police to jokingly warn the public about the risks of hyper-aggressive “meth-gators” (this was later deemed to be scientifically unlikely).

Talking of myths, we discover the truth behind the idea that Santa’s flying sleigh was first seen by Sámi people who had imbibed reindeer urine tainted with psychedelic mushrooms. Once you have read Drunk Flies and Stoned Dolphins, you suspect that Rudolph could well ignore the carrot you leave out for him this Christmas, and instead tuck into the boss’s whisky.