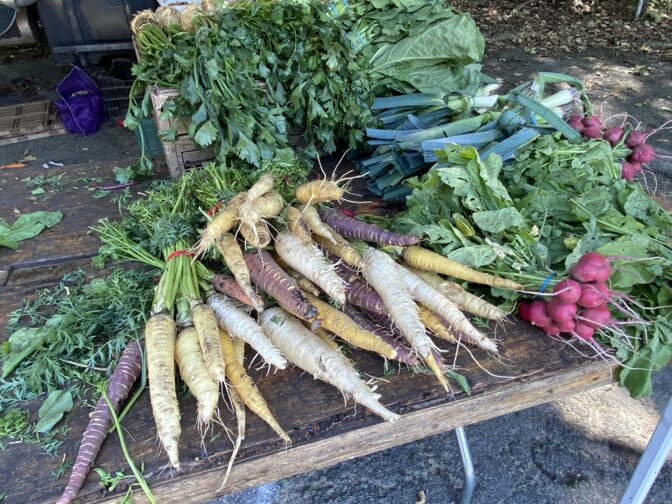 Urbanization not always bad for food and land use diversity

Widely accepted myths that urbanization negatively impacts food and land use biodiversity are incorrect, according to a team of researchers who developed a framework for evaluating this intersection. Their results could also affect nutrition and food insecurity in urban areas.

More than 50% of humanity currently lives in urban areas and by 2050 this will grow to 68%. Growing urbanization drives changes in climate, land use, biodiversity and the human diet, according to the researchers.

The framework, which was published today (Nov. 19) in One Earth, looks at the intersection of urbanization and agrobiodiversity—biodiversity in food production and consumption as well as agricultural ecosystems—in four different areas: land use; supply chains; food access and foodways; and urban infrastructure and food retail.

Looking at urban and peri-urban land use, there are a wide variety of approaches that help food and nutritional biodiversity. On a city’s fringe, crop land, orchards and dairy farms can supply a range of products.

According to the researchers some U.S. metropolitan areas could become locally self-sufficient in eggs and milk, but only 12% and 16% in fruits and vegetables, respectively. However, in Hanoi, Viet Nam, urban and peri-urban agriculture provides 62% to 83% of vegetables and significant levels of pork and fish. Within a city, and peri-urban area gardens and farms of all sizes, whether they are public or private, roof top or pocket, add to the diversity of food available to residents.

“Most urbanization in coming decades will be based in Africa,” said Zimmerer. “Asian cities have already grown, but increases will be much higher in Africa. The interesting thing is Africa will be dotted by large, peri-urban and urban spaces with small farms and gardens. Nutrition and food security will be paramount.”

“Food security in U.S. is higher when we have supply chains that are more geographically diverse,” said Zimmerer.

Zimmerer explained that currently, supply chains are very proprietary, and it is hard to get data because companies do not let information out, but that newly available datasets on commodity networks could be used in research.

According to the researchers, “national supply chains have been shown to drive increasingly standardized and biologically simplified crop and livestock raising, as well as to support pockets of diversified farming.” So, supply chains can be both good and bad depending on what they carry from where and the diversity of the products they carry. While less biodiverse food chains will still supply food to urban populations, they may not solve the problems of nutritional insecurity.

The third segment of the framework is influenced by economics and culture. Food access is extremely important and reports of food deserts in U.S. cities have spurred some actions. But according to Zimmerer, since the Green Revolution in the 1950s and 1960s—a push toward modern, mechanized agriculture in the developing world that focused on a few specific staple, commodity crops—poor populations have been pushed to consume a less diverse but cheaper diet in which traditional foods and agricultural practices were deemed outdated.

However, urban poor are often of varied ancestry and carry with them the foodways of their respective cultures, according to the researchers. These cultures and the foods they eat can diversify the foods available for all in the area. Access to a diversity of culturally varied foods can also increase nutritional security.

The final branch of the framework is urban infrastructure and food retail, which show both challenges and opportunities for accessible, healthy food. Retail possibilities in an urban context include supermarkets, grocers, convenience or corner stores, formal and informal urban open-air markets and food delivery, street vendors, restaurants and other eateries.

This variety of options supplies a fertile field for investigating how urban infrastructure and retail outlets provide access to urban residents. Some of these possibilities include using data collected from bar codes or restaurant web sites to track the food biodiversity within a city or urban area.

The researchers said they hope that using this framework and the interconnectedness of the urban peri-urban environment with agrobiodiversity will help debunk the myth of these two vital conditions as incompatible.

They noted that the act of urbanization can have an intermediate period when agrobiodiversity is low, especially among the urban poor.

Reduced food biodiversity is marked by simplified diets that reflect low-agrobiodiversity and cheap-food commoditization. Strengthening food biodiversity among the urban poor can improve the situation of food- and nutrition insecure populations, according to the researchers.

“We conclude the urbanization-agrobiodiversity nexus is a crucial new focus of interdisciplinary research to strengthen sustainable development and food systems,” the researchers said.

Citation: Urbanization not always bad for food and land use diversity (2021, November 19) retrieved 7 December 2021 from https://phys.org/news/2021-11-urbanization-bad-food-diversity.html