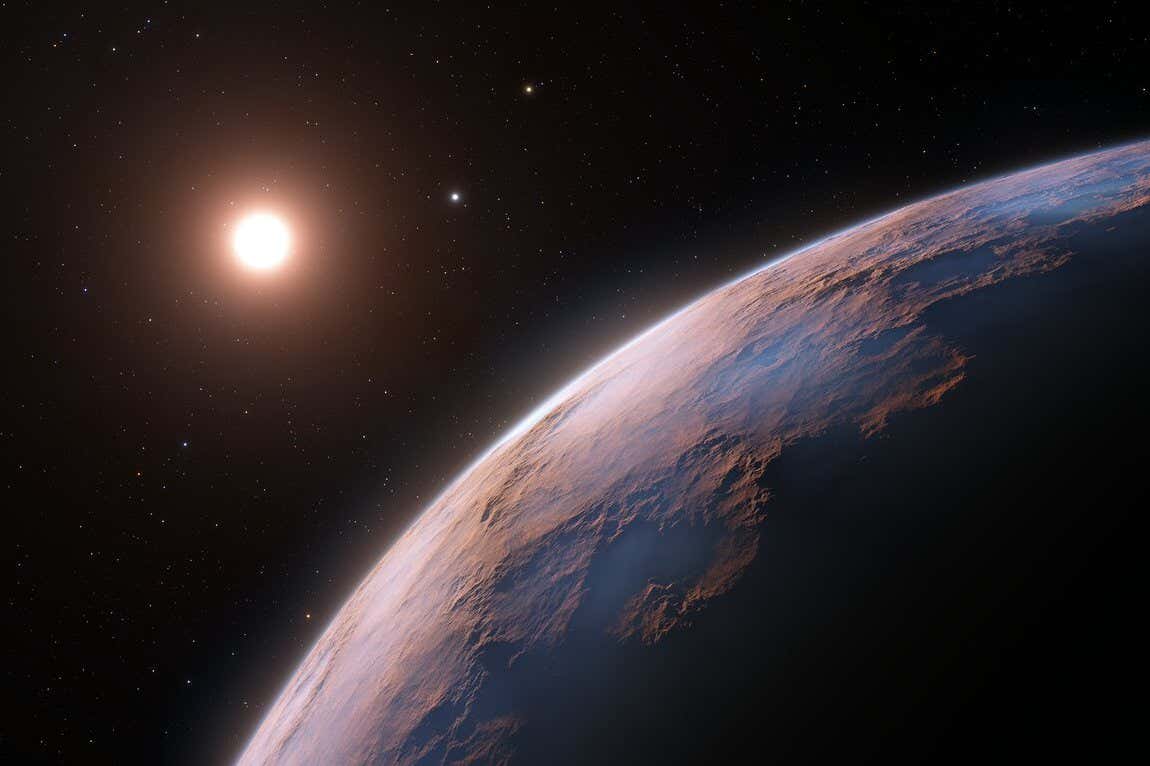 An artist’s impression of Proxima d

A third planet has been detected orbiting the closest star to our solar system, Proxima Centauri. With a mass one-quarter that of Earth, the planet – known as Proxima d – is one of the lightest exoplanets ever found.

At around 4.2 light years away, Proxima Centauri is a low mass red dwarf star that hosts two other known exoplanets, Proxima b and Proxima c.

João Faria at the Institute of Astrophysics and Space Sciences in Portugal and his colleagues spotted the first signs of yet another exoplanet during a study of the star system back in 2020.

“We saw a tiny, tiny signal that showed up,” says Faria. “So, over the next year or so, we gathered more observations to confirm this planet was indeed there.”

Using the Very Large Telescope in Chile, the team looked at how the star wobbled under the gravitational pull from orbiting planets. This is what is known as the radial velocity method, and it was how Proxima b and c were discovered.

From the star’s wobbles, the team deduced the highly likely presence of a third planet in the system. Orbiting its host star at 0.029 times the distance between Earth and the sun, Proxima d sits within Proxima Centauri’s habitable zone, the region around the star in which water can remain liquid.

The planet takes just over five days to orbit the star and has a mass 26 per cent that of Earth, or around twice the mass of Mars. This is much faster and lighter than the other planets in the system, which orbit further out from the star. Less massive planets have been seen elsewhere, though – PSR B1257+12 b, which was one of the first exoplanets discovered, has a mass just 2 per cent that of Earth.

“[Proxima d] is currently the lowest mass planet that was detected with radial velocity,” says Faria. “It shows this technique, with current instruments, has reached enough precision to start to detect planets like the Earth around stars like the sun.”