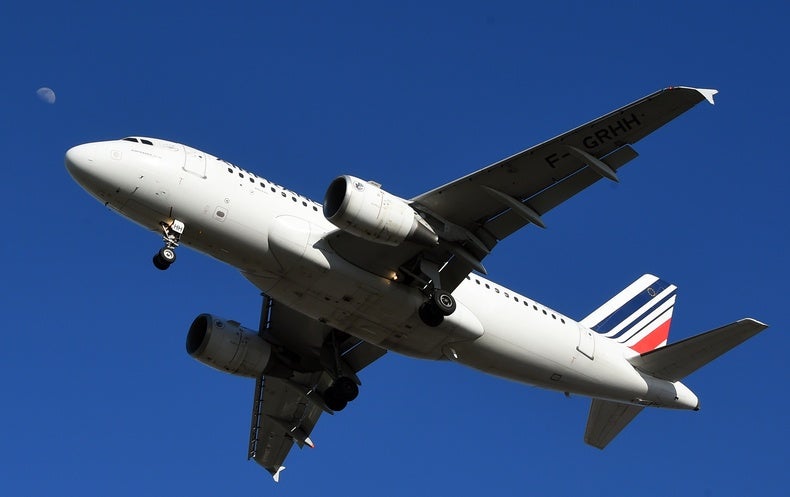 A biofuel made from used cooking oil could slash aviation-related carbon emissions—if its unblended form can work with existing aircraft. Two flying machines partially powered by unblended sustainable aviation fuel, or SAF, performed successful test flights in France this fall. An Airbus A319neo plane and an Airbus H225 helicopter each fueled one of their two engines with unblended SAF during flights that lasted three and two hours, respectively.

The aviation sector is investigating various kinds of SAFs in hopes of eventually making flying carbon-neutral. “The same hydrocarbon molecule is present in both SAF and traditional jet fuel. As a result, CO2 emissions of both fuels [in engine exhaust] are not much different. However, the difference between the two fuels is the origin of the carbon,” says Massimiliano Materazzi, senior research associate at University College London, who is not involved in the test flight project. “The carbon in SAF is from biomass. This means the carbon that is emitted is exactly the same that was removed from the atmosphere by the biomass to grow.” In other words, the living sources used to produce SAF actually take carbon out of the atmosphere; therefore, burning the material merely represents the return of that same carbon back to the air, making the overall process close to carbon-neutral.

“With the best SAF production pathways, you can have between 80 to 90 percent reduction of CO2 emissions over the fuel’s whole life cycle, compared to the traditional aviation fuel,” says Nicolas Jeuland, an expert on future fuels and manager at Paris-based aerospace company Safran, which is a part of the test project.

Jeuland says aircraft engines are already certified to use SAF blended with traditional jet fuel at ratios of up to 50 percent, and some airlines currently use SAF at ratios between 10 and 15 percent. “However, we want to ensure that anyone wanting to use more than 50 percent SAF can do so in the future without any technical limitations,” he adds. That is why Safran is partnering with organizations including Airbus and TotalEnergies, which provides the fuel, on these test flights. They mark the beginning of a series of tests that will continue in 2022.

The goal is to measure both on-ground and in-flight SAF emissions, and to study existing engines’ compatibility with this type of fuel. “Engines normally stay in service for between 20 to 30 years,” Jeuland points out. If existing engines can run successfully on SAF, airplanes can go green now rather than waiting for new, ultraefficient aircraft that are not scheduled to join the fleet until early in the next decade. “That’s why we have to prepare for the compatibility of the engine with 100 percent SAF now,” he says.

Producing the SAF used in these test flights involves sourcing used cooking oil and other waste fats from restaurants, industries and other facilities, and treating it with hydrogen. The hydrogen breaks down these substances’ fatty molecular chains into straight chains of carbon, and removes some of their less stable structures. “At the end you have a clean fuel that doesn’t contain aromatic compounds and sulfur,” Jeuland explains. Without sulfur, the emissions are cleaner, and without those aromatic compounds, SAF also emits much less particulate matter than traditional fuel. Jeuland predicts this lack of particles will also reduce airplane contrails, which have been identified as contributing to global warming. “With SAF, we assume that the contrails—which are formed due to water condensing on tiny particles emitted by burning the traditional jet fuel—will be strongly reduced,” he says.

However, SAF’s lack of aromatic compounds could also impact its compatibility with some aircraft currently in use. Although Jeuland says existing engines should be able to run on unblended SAF without any major modifications, peripheral fuel systems may have to change slightly. “For instance, the elastomers [a type of stretchy polymer] that we currently use in fuel lines to stop leakages can be incompatible with lower aromatic fuel,” he notes. “So we may have to potentially change the elastomer seals for SAF use.” Jeuland says developing new elastomers is not a big deal—but adds that the more complex question is whether existing fleets can be retrofitted with new elastomers. “This is something Safran is working on with Airbus and other partners,” he says.

Another problem is SAF’s still relatively high price. Depending on how well-developed the production pathways are, such fuels cost between two and 10 times as much as traditional fuel. Given the lack of integrated industries for producing SAF, Jeuland says this currently high price tag is entirely understandable. “Traditional jet fuel, which costs less than milk or beer, is the result of fully integrated industrial processes that have been developed over decades,” he says. “In the future, as we build more and bigger production plants, increase the efficiency of collecting biomass and diversify the sources of biomass, [SAF’s] price will potentially go down.”

One way to cut costs could be to find additional SAF sources. “By 2050 the demand for SAF is expected to reach 500 million [metric tons] every year. At the moment we are between 0.2 and 0.5 percent of that figure,” Materazzi says. “Using just waste animal fats, cooking oil, agriculture residues or dedicated crops won’t be enough to meet this demand.”

So Materazzi and his team are helping to develop a process that can produce SAF from types of waste that are, so far, nonrecyclable. “The sheer volume of solid waste produced worldwide per year [around two billion metric tons] means it can be used to produce large quantities of SAF, which isn’t the case with other sources,” he explains. Using more waste this way would also prevent it from ending up incinerated or dumped in landfills—both of which contribute to greenhouse gas emissions by releasing carbon dioxide and methane. “By converting [municipal solid waste] into SAF,” Materazzi says, “we are solving two problems at the same time.”