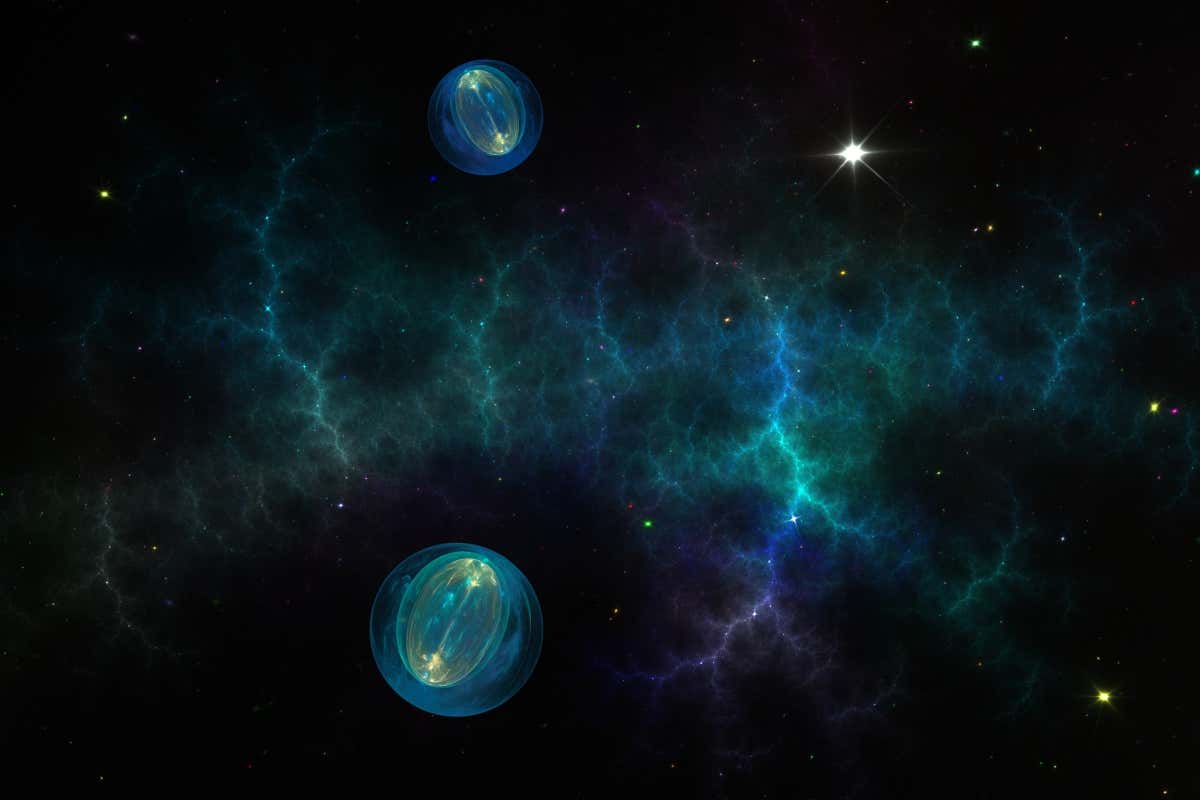 Sterile neutrinos could explain dark matter – if we can

There are good reasons to think that neutrinos have a shy cousin that could explain dark matter, but searches have so far come up empty, writes Chanda Prescod-Weinstein

You might have seen recent headlines about a “sterile neutrino” and been confused. Regular readers know that I am a fan of neutrinos, in part because they are non-trinary: they come in three flavours and randomly switch between them for reasons we have yet to fully explain. The kinds of neutrinos I have discussed in this column before are those we have detected: electron neutrinos, muon neutrinos and tau neutrinos.

These three flavours are fundamental particles in the standard model of particle physics, our best picture of matter and its interactions. They are members of the lepton family along with electrons, muons and taus. Like their leptonic kin, the standard model neutrinos are in a class of particles called fermions, defined by having an internal quantum sense of rotation – spin – that is a multiple of a half. Importantly, these neutrinos interact with other particles through gravity and the weak nuclear force.

Sterile neutrinos are, as we say in the US, a whole new ball game. Unlike standard model neutrinos, we don’t know if they are real. And unlike the neutrinos we know, they seem to only interact through gravity. Sounds boring, you might think. Why bother? First of all, everybody knows that I like a good dark matter candidate. I am especially fond of one that I can argue should exist anyway, regardless of our missing, invisible matter problem. Sterile neutrinos share two of my favourite qualities for a hypothetical particle: they are well-motivated and they happen to be interesting dark matter candidates.

We think sterile neutrinos should exist thanks to a property of standard model neutrinos: handedness. Specifically, the neutrinos we know are lefties (and antimatter antineutrinos are all righties). Though I am referring to this as handedness, this property – formally known as chirality – isn’t quite like everyday life because it isn’t classical. Like particle spin, it is a quantum feature.

Every known particle can come in both left and right-handed forms – apart from neutrinos. They come only as left-handed particles. Naturally, over the years, physicists have wondered whether there are right-handed neutrinos (and left-handed antineutrinos).

The sterile neutrino is that hypothetical right-handed neutrino. It is named “sterile” because it only interacts through gravity. While this property makes sterile neutrinos different from other neutrinos, they do have a mass and aren’t electrically charged, just like standard model neutrinos. This means they could be dark matter and, unlike standard model neutrinos, they potentially have sufficient mass to explain the apparent gravitational impact of dark matter’s presence.

“Detecting ordinary neutrinos is difficult enough. That work is even more complicated with sterile neutrinos”

Those of us who are theorists get the exciting work of figuring out how the idea that sterile neutrinos could be dark matter would work mathematically. Experimentalists get the joy – and incredible challenge – of going out and looking for physical evidence.

One of these searches recently caused some headlines by finding a null result: no sterile neutrinos. Detecting ordinary neutrinos is difficult enough. That work is even more complicated with sterile neutrinos, which can only be “seen” through their interactions with quantum fluctuations of their standard model counterparts. To find sterile neutrinos, you have to look for a specific type of behaviour in everyday neutrinos.

The experiment that recently announced results, MicroBooNE, is located at Fermilab, not far from Chicago. It consists of a large container of argon attached to a beamline where neutrinos are produced by colliding protons together. It is easier to follow the trajectory of neutrino events in argon, due to its high density and sensitivity to the charged particles that are produced in the collisions.

Sadly for some, the MicroBooNE team announced recently that it hadn’t, so far, seen the same electron neutrino excess. This is consistent with data from other experiments, leaving us with quite the mystery. Why are different experiments getting different results? We don’t know.

But even if nothing turns up once we have explored every place this hypothetical particle could be hiding, that will still be valuable. If sterile neutrinos turn out to only be a figment of the particle theorist’s imagination, we will know it is time to move on.

I got an advance copy of the new comic book LUNAR ROOM #1, and it is excellent.

I am very excited that Succession is back!

What I’m working on

We are into letters of recommendation and grant proposal season here, so I’m doing a lot of both.