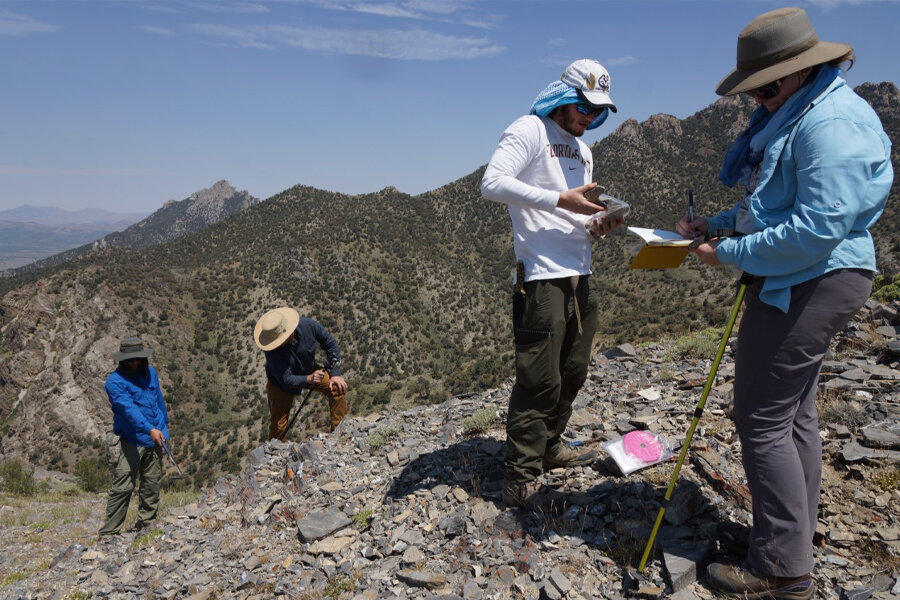 Researchers find low oxygen and sulfide in the oceans played

Florida State University researchers have new insight into the complicated puzzle of environmental conditions that characterized the Late Ordovician Mass Extinction (LOME), which killed about 85% of the species in the ocean.

Their work on the 445-million-year-old mass extinction event was published online in the journal AGU Advances on Monday.

“We found that reducing conditions—with low to no oxygen and little to no hydrogen sulfide levels—are probably playing a much more important role than we previously thought,” said lead author Nevin Kozik, a doctoral candidate in the Department of Earth, Ocean and Atmospheric Science and researcher at the FSU-headquartered National High Magnetic Field Laboratory. “If you imagine a pie chart of the causes of this extinction, we’re increasing that wedge that signifies oxygen deficiency, which is happening in concert with a cooling climate and widespread habitat loss due to sea-level change.”

The research is the first study to use measurements of multiple elements from several sites to examine the conditions that led to the LOME, the second-largest extinction event in the Earth’s history and the only mass extinction to occur during what are called icehouse conditions, when Earth’s climate is cold enough at the poles to support ice sheets year-round.

At the same time the Earth’s climate was cooling, glaciers were growing at the ancient South Pole (modern-day North Africa), which led to decreasing sea levels and habitat loss for marine organisms in shallow seaways in the tropics.

“The geological record indicates that many environmental factors were at play leading to this extinction event,” Kozik said. “The processes we are linking together here are like several punches that beat down life during this time.”

Even while conditions were becoming inhospitable for many organisms around the planet, the environment in some places remained oxygen-rich and able to support a diversity of life. The researchers found evidence of higher oxygen levels at a site near present-day Quebec that was home to a shallow reef on the continental shelf 445 million years ago.

“We know that life had to survive and persist after this mass extinction, and we now have an indication that at least this location had enough oxygen to support life,” said co-author Seth Young, associate professor in the Department of Earth, Ocean and Atmospheric Science and researcher at the FSU-headquartered National High Magnetic Field Laboratory. “That’s consistent with what you find in the rock and fossil records, which are that reefs are persisting through this extinction event. The fossils are suggesting that, at least there, life was OK.”

The extinction event is an ancient analogue to what’s happening on Earth today. Earth today, as in the Late Ordovician, is in an icehouse period and is experiencing a major loss in biodiversity, a warming climate and a decrease in oceanic oxygen.

“All of those things are really important and provide a modern perspective on this mass extinction event,” Young said. “It’s important to not only understand what caused this extinction event, but also how did the Earth system get out of this and continue on. That’s the impetus for studying many of these things, not only to understand why this happened, but what was the survival period like and what led to the reemergence and rediversification of life.”

Researchers from Virginia Polytechnic Institute and State University and University of California, Riverside contributed to this study.

Facebook
Twitter
Pinterest
WhatsApp
Previous articleThanks To TikTok, I’m Tempted To Be A Bimbo In
Next article‘The View’ Claims It’s ‘On Track’ to Find Meghan McCain’s