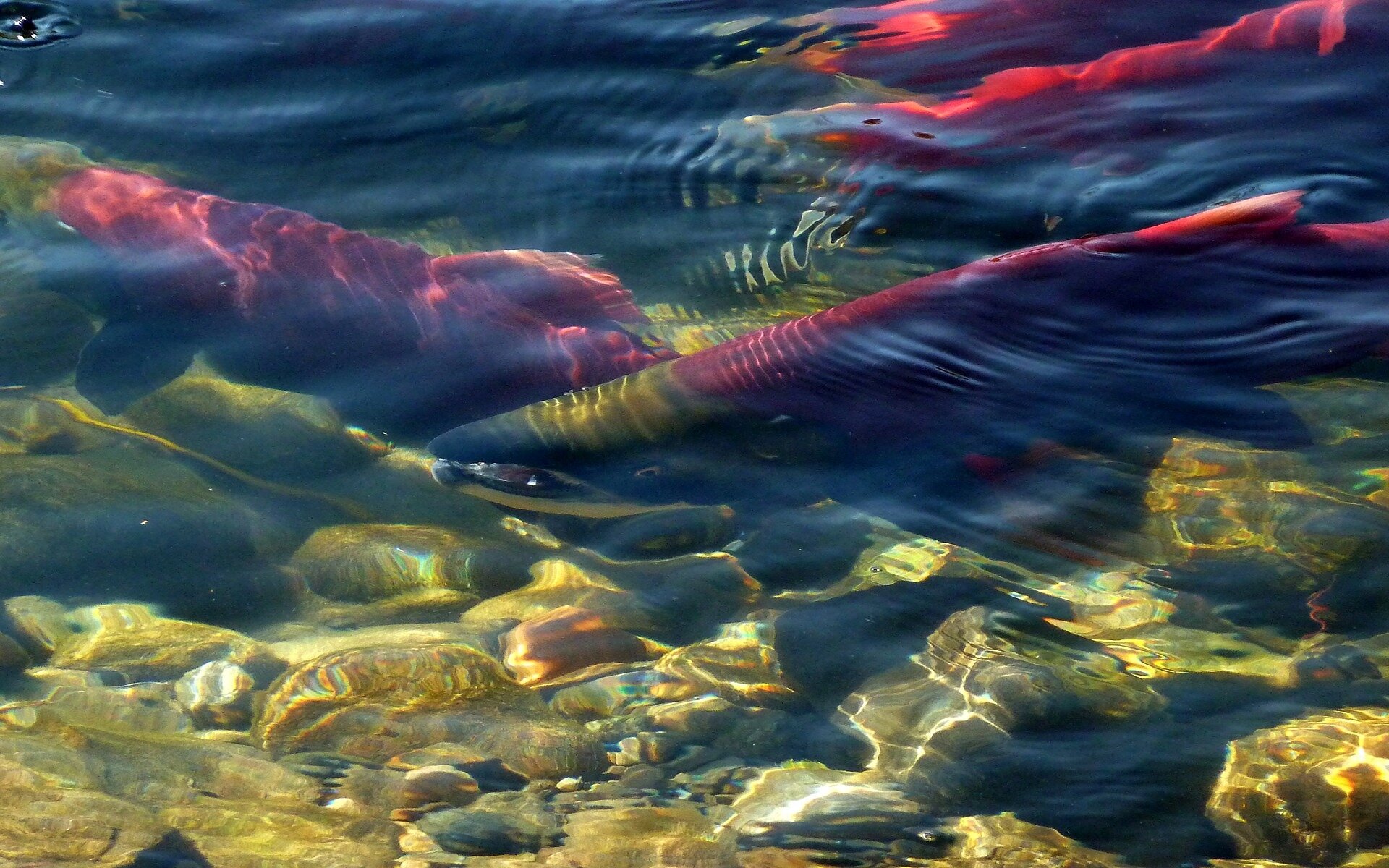 Research on magnetite in salmon noses illuminates understanding of sensory

It’s widely understood that animals such as salmon, butterflies and birds have an innate magnetic sense, allowing them to use the Earth’s magnetic field for navigation to places such as feeding and breeding grounds.

But scientists have struggled to determine exactly how the underlying sensory mechanism for magnetic perception actually works.

In a paper published this week in the Proceedings of the National Academy of Sciences, an international team of researchers, including scientists from Oregon State University, outlines a new theory. Magnetite crystals that form inside specialized receptor cells of salmon and other animals may have roots in ancient genetic systems that were developed by bacteria and passed to animals long ago through evolutionary genetics.

The theory is based on new evidence from nanoscopic magnetic material found within cells in the noses of salmon. The paper’s lead author is Renee Bellinger, who began the research as a doctoral student at Oregon State, completing her Ph.D. in fisheries science in 2014.

“The cells that contain magnetic material are very scarce,” said Bellinger, who now works as a research geneticist at the U.S. Geological Survey and is affiliated with the University of Hawaii, Hilo. “We weren’t able to definitively prove magnetite as the underlying key to magnetic perception in animals, but our study revealed associated genes as an important tool to find new evidence of how potential magnetic sensors may function.”

“Finding magnetic receptors is like trying to find a needle in haystack. This work paves the way to make the ‘needle’ glow really bright so we can find and understand receptor cells more easily,” Bellinger said.

The findings have the potential for widespread application, from improving salmon management through better understanding of how they use the ocean to targeted medical treatments based on magnetism, said coauthor Michael Banks, a fisheries genomics, conservation and behavior professor at Oregon State.

“Salmon live a hard and fast life, going out to the ocean to specific areas to feed and then coming back to their original spawning grounds where they die. They don’t have the opportunity to teach their offspring where to go, yet the offspring still somehow know where to go,” Banks said. “If we can figure out the way animals such as salmon sense and orient, there’s a lot of potential applications for helping to preserve the species, but also for human applications such as medicine or other orientation technology.”

Bellinger’s work built on research from more than 20 years ago by Michael Walker of the University of Auckland in New Zealand, who initially traced magnetic sensing to tissue in the noses of trout.

“He narrowed it down to magnetite in the olfactory rosette,” Bellinger said. “We were expecting to see chains of crystals in the noses of salmon, similar to how magnetite-producing bacteria grow chains of crystals and use them as a compass needle. But it turns out the individual crystals are organized in compact clusters, like little eggs. The configuration was different than the original hypothesis.”

The form in which magnetite appears, as tiny crystals inside specialized receptor cells, represents biomineralization, or the process by which living organisms produce minerals. The similarity between magnetite crystals of bacteria and fish suggests that they share a common evolutionary genetic history, Bellinger said.

The mechanism for developing magnets was developed by bacteria more than two billion years ago and then passed on to animals. Today, these tools to perceive magnetism continue to be present across a broad array of animal species, said Banks, who is affiliated with OSU’s Department of Fisheries, Wildlife, and Conservation Sciences in OSU’s College of Agricultural Sciences and the Coastal Oregon Marine Experiment Station at OSU’s Hatfield Marine Science Center.

The process for sharing them across animal life may have been similar to the evolution of mitochondria, which control how animals release energy. Mitochondria originated in bacteria and were then transferred to other organisms, he said.

Understanding the evolutionary history of magnetite is a step toward further pinpointing the underlying process, the researchers said. Banks, Bellinger and colleagues would next like to test their new understanding and associated markers to further address the mystery of why and how some life forms have well-tuned tools for long and precise migratory strategies.

Co-authors of the paper are Jiandong Wei of Shanghai University in China; Uwe Hartmann of Saarland University in Germany; Herve Cadiou of the Institute of Cellular and Integrative Neuroscience in France; and Michael Winklhofer of the University of Oldenburg in Germany.