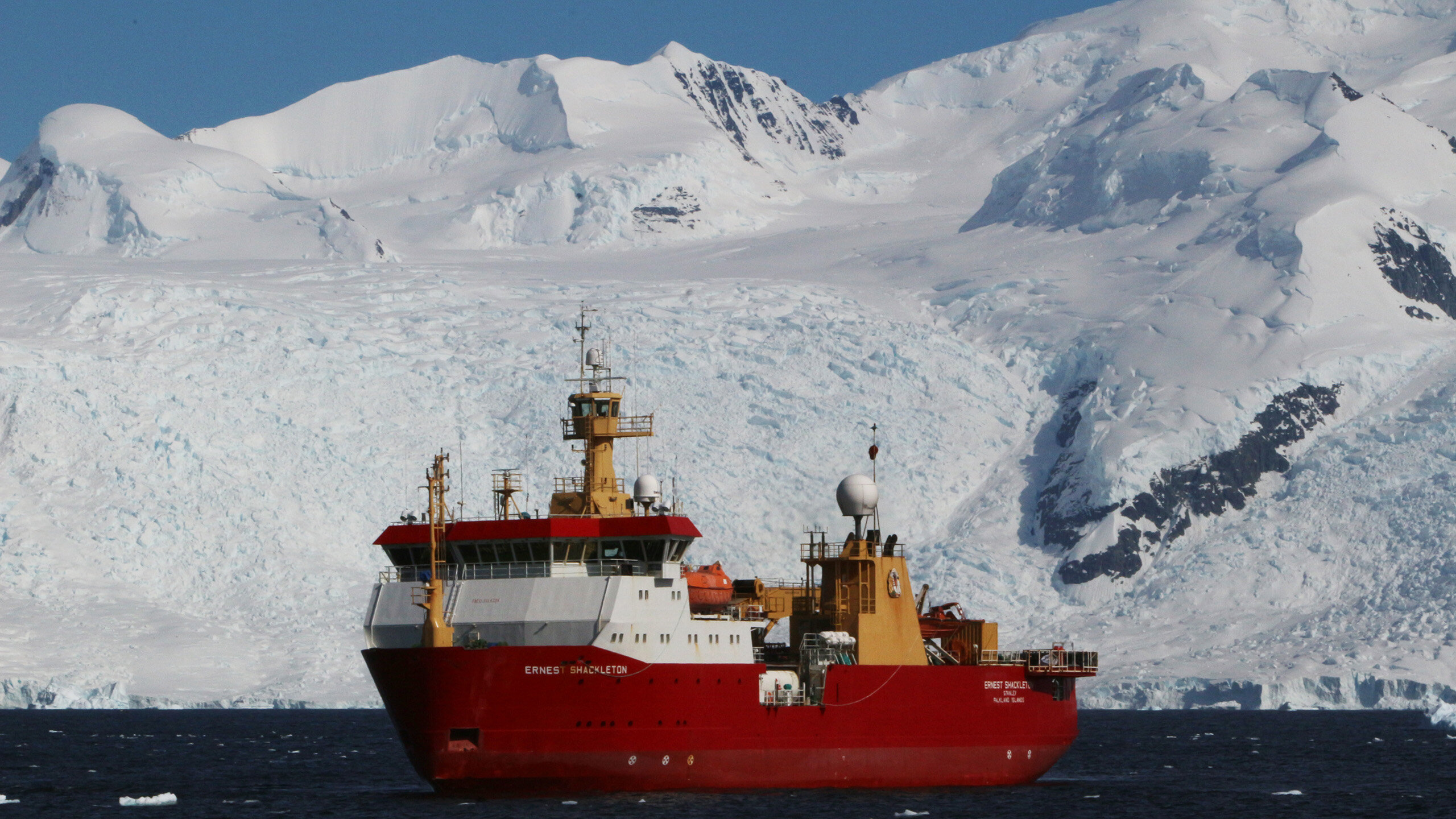 Marine life hitching a ride on ocean-crossing ships poses a threat to Antarctica’s pristine ecosystems, with the potential for invasive species to arrive from almost anywhere across the globe, say the authors of a new study.

New research by the University of Cambridge and the British Antarctic Survey has traced the global movements of all ships entering Antarctic waters. It reveals that Antarctica is connected to all regions of the globe via an extensive network of ship activity. Fishing, tourism, research and supply ships are exposing Antarctica to invasive, non-native species that threaten the stability of its pristine environment.

The study is published today in the journal PNAS.

The researchers identified 1,581 ports with links to Antarctica, and say that all could be a potential source of non-native species. The species—including mussels, barnacles, crabs and algae—attach themselves to ships’ hulls, in a process termed ‘biofouling’. The finding suggests that they could arrive in Antarctic waters from almost anywhere across the globe.

“Invasive, non-native species are one of the biggest threats to Antarctica’s biodiversity—its native species have been isolated for the last 15-30 million years. They may also have economic impacts, via the disruption of fisheries,” said Professor David Aldridge in the Department of Zoology at the University of Cambridge, senior author of the report.

The scientists say they are particularly concerned about the movement of species from pole to pole. These species are already cold-adapted, and may make the journey on tourist or research ships that spend the summer in the Arctic before traveling across the Atlantic for the Antarctic summer season.

“The species that grow on the hull of a ship are determined by where it has been. We found that fishing boats operating in Antarctic waters visit quite a restricted network of ports, but the tourist and supply ships travel across the world,” said Arlie McCarthy, a researcher in the University of Cambridge’s Department of Zoology and the British Antarctic Survey, and first author of the report.

Research vessels were found to stay at Antarctic ports for longer durations than tourism vessels. Fishing and supply ships stay for even longer, on average. Previous research has shown that longer stays increase the likelihood of non-native species being introduced.

Due to its remote, isolated location, there are many groups of species that Antarctic wildlife has not evolved the ability to tolerate. Mussels, for example, can grow on the hulls of ships and currently have no competitors in Antarctica should they be accidentally introduced. Shallow-water crabs would introduce a new form of predation that Antarctic animals have never encountered before.

“We were surprised to find that Antarctica is much more globally connected than was previously thought. Our results show that biosecurity measures need to be implemented at a wider range of locations than they currently are,” said McCarthy.

She added: “There are strict regulations in place for preventing non-native species getting into Antarctica, but the success of these relies on having the information to inform management decisions. We hope our findings will improve the ability to detect invasive species before they become a problem.”

The study combined verified port call data with raw satellite observations of ship activity south of -60° latitude, from 2014–2018. Vessels were found to sail most frequently between Antarctica and ports in southern South America, Northern Europe, and the western Pacific Ocean.

The Southern Ocean around Antarctica is the most isolated marine environment on Earth. It supports a unique mix of plant and animal life, and is the only global marine region without any known invasive species. Increasing ship activity in this region is escalating the threat of non-native species being accidentally introduced.

Large krill fisheries in the southern oceans could also be disrupted by invasive species arriving on ships. Krill is a major component of the fish food used in the global aquaculture industry, and krill oil is sold widely as a dietary supplement.

“Biosecurity measures to protect Antarctica, such as cleaning ships’ hulls, are currently focused on a small group of recognized ‘gateway ports’. With these new findings, we call for improved biosecurity protocols and environmental protection measures to protect Antarctic waters from non-native species, particularly as ocean temperatures continue to rise due to climate change,” said Professor Lloyd Peck, a researcher at the British Antarctic Survey, who was also involved in the study.