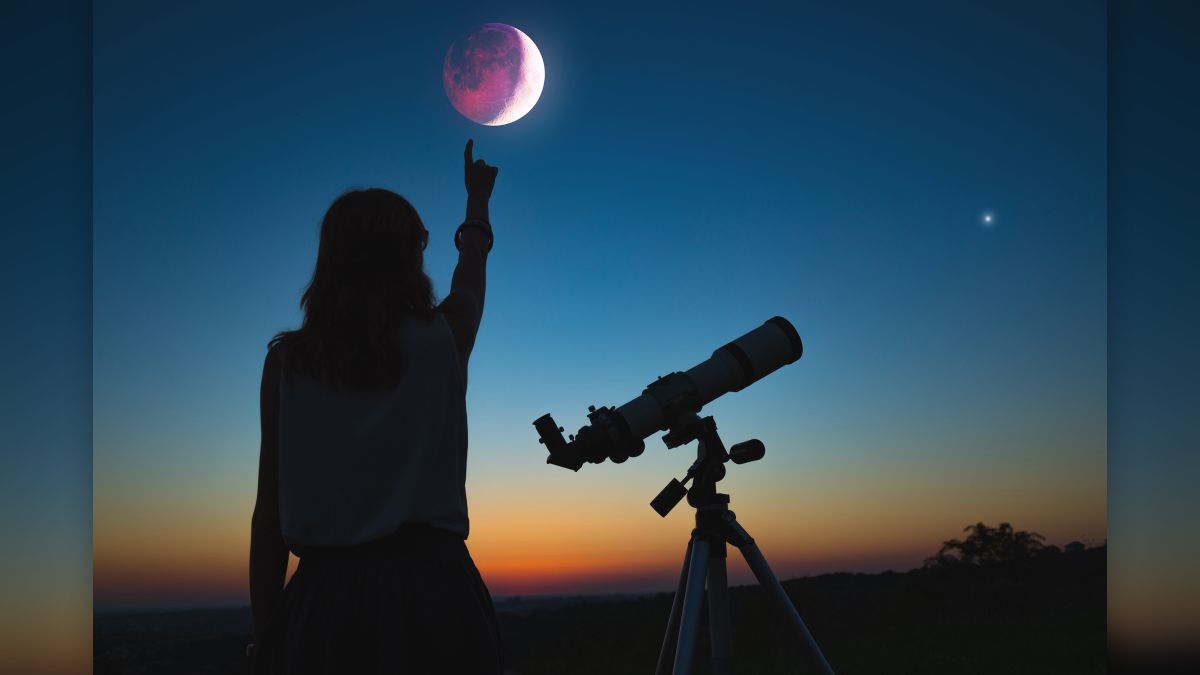 Here’s how to watch the longest partial lunar eclipse of

Earth’s dark shadow will cover nearly all of the moon early Friday morning (Nov. 19), tinting the moon a rusty red in what will be the longest partial lunar eclipse of the century. So, what’s the best way to watch this nearly 3.5-hour long celestial show?

But if you have bad weather, don’t live in a good viewing location or simply don’t want to wake up super early on Friday, Live Science has your back: we’ll provide links below to live streams showing all 3 hours, 28 minutes and 23 seconds of the partial lunar eclipse from different cities around the world.

The partial eclipse coincides with November’s full moon, also known as the Micro Beaver Moon. This moniker refers to the historic beaver trapping season among some Indigenous people in North America, as well as the moon’s “micro” appearance, as the moon will be at apogee, or the farthest away in its elliptical orbit from Earth. This far-flung distance is why micromoons look about 14% smaller and 30% dimmer than supermoons, which occur at perigee, or when a full moon is closest in its orbit to Earth, Live Science previously reported.

The peak part of Friday’s partial lunar eclipse, when Earth’s shadow will cover the vast majority of the Beaver Micro Moon, will be visible from North America and large parts of South America, Polynesia, eastern Australia and northeastern Asia, according to NASA.

Here’s a timetable to help skywatchers time their eclipse-viewing escapades on Friday. As the moon crosses into Earth’s dark shadow, called the umbra, it will look as if a bite was taken out of the moon. When upward of 95% of the moon is in the umbra, the moon will turn a dull burgundy. That’s because even though Earth is blocking sunlight from reaching the moon, the sun’s rays still travel around our planet. This light goes through Earth’s atmosphere, which filters out shorter wavelengths, like blue, but allows the longer wavelengths of red and orange through, Live Science previously reported. These reddish wavelengths temporarily turn the moon brick red.

If you’re unable to catch the eclipse in person, here are some websites providing live streams. You can catch the show live at Live Science starting at 2 a.m. EST.

Also, starting at 2 a.m. EST (7:00 GMT) on Friday, join the Virtual Telescope Project, a Rome-based project that is coordinating with astrophotographers in Australia, the U.S., Panama and Canada to provide footage of the partial lunar eclipse.

You can also join timeanddate.com for live coverage starting at 2 a.m. EST (7:00 GMT) on Friday. “If the skies are clear, residents of the Pacific Ocean, North and South America, Australia, and parts of Europe and Asia will see November’s Full Moon turn a shade darker,” timeanddate.com wrote on YouTube.

Live Science would like to publish your partial lunar eclipse photos. Please email us images at community@livescience.com. Please include your name, location and a few details about your viewing experience that we can share in the caption.

Facebook
Twitter
Pinterest
WhatsApp
Previous articleWhat Is The Christian Girl Autumn Meme? Here’s What You
Next articleWhy is quantum theory so strange? The weirdness could be