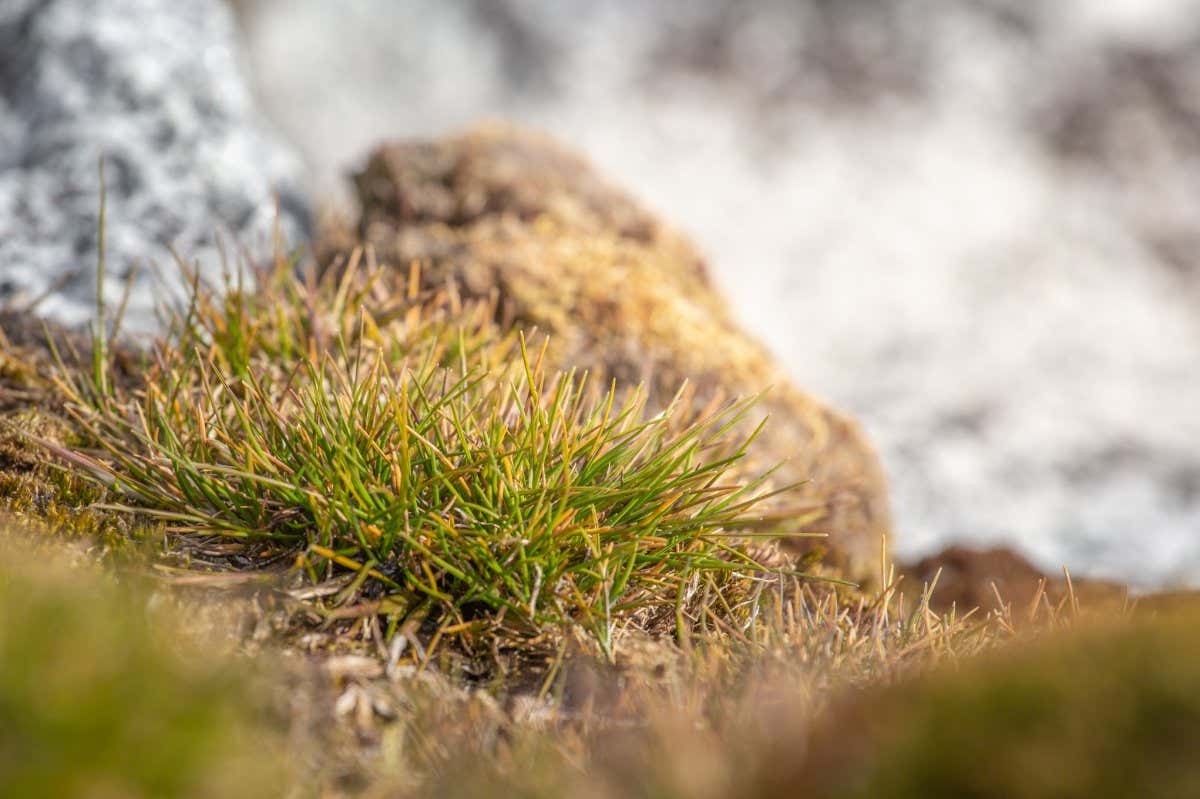 Flower growth in Antarctica is accelerating due to warming climate

Deschampsia antarctica is one of two flowering plants native to Antarctica

Plants in Antarctica are growing more quickly due to climate change, which could represent a potential tipping point for the region’s changing ecosystem.

Scientists have already observed increased plant growth due to climate warming in the northern hemisphere, but this is the first recorded change in the southern Antarctic.

Nicoletta Cannone at the University of Insubria, Italy, and her colleagues measured the growth of the Antarctic’s only two native flowering plants, Deschampsia antarctica and Colobanthus quitensis, at a number of sites on Signy Island from 2009 to 2019.

The researchers then compared their observations with surveys from the previous 50 years and found that not only had the sites become more densely populated by the plants, but they had grown faster each year as the climate warmed.

The Deschampsia grew as much in the 10-year period as it had in the 50 years from 1960 to 2009, and the Colobanthus had grown five times more over the same periods.

“The most novel feature of this is not the idea that something is growing faster,” says team member Peter Convey at the British Antarctic Survey, but rather that the growth seems to be accelerating. “It’s that we think we’re starting to see what is almost like a step change or a tipping point.”

Matthew Davey at the Scottish Association for Marine Science in Oban, UK, agrees that “accelerated expansion is now clearly evident in the region”.

“This research gives us the first comprehensive data set showing how fast and how dense the plant community may expand,” he says.

Though other factors may have positively affected plant growth, such as a declining fur seal population, the link with a warming climate is clear, says Cannone.

The increase in temperature could also allow invasive species to colonise and outgrow the native plants, an effect that has already been observed in Alpine regions, which could destabilise local ecosystems and biodiversity.

“If we extrapolate what we observed on Signy Island to other sites in Antarctica, a similar process can also occur,” says Cannone. “This means that the Antarctic landscape and biodiversity could change rapidly.”

Sign up to Wild Wild Life, a free monthly newsletter celebrating the diversity and science of animals, plants and Earth’s other weird and wonderful inhabitants