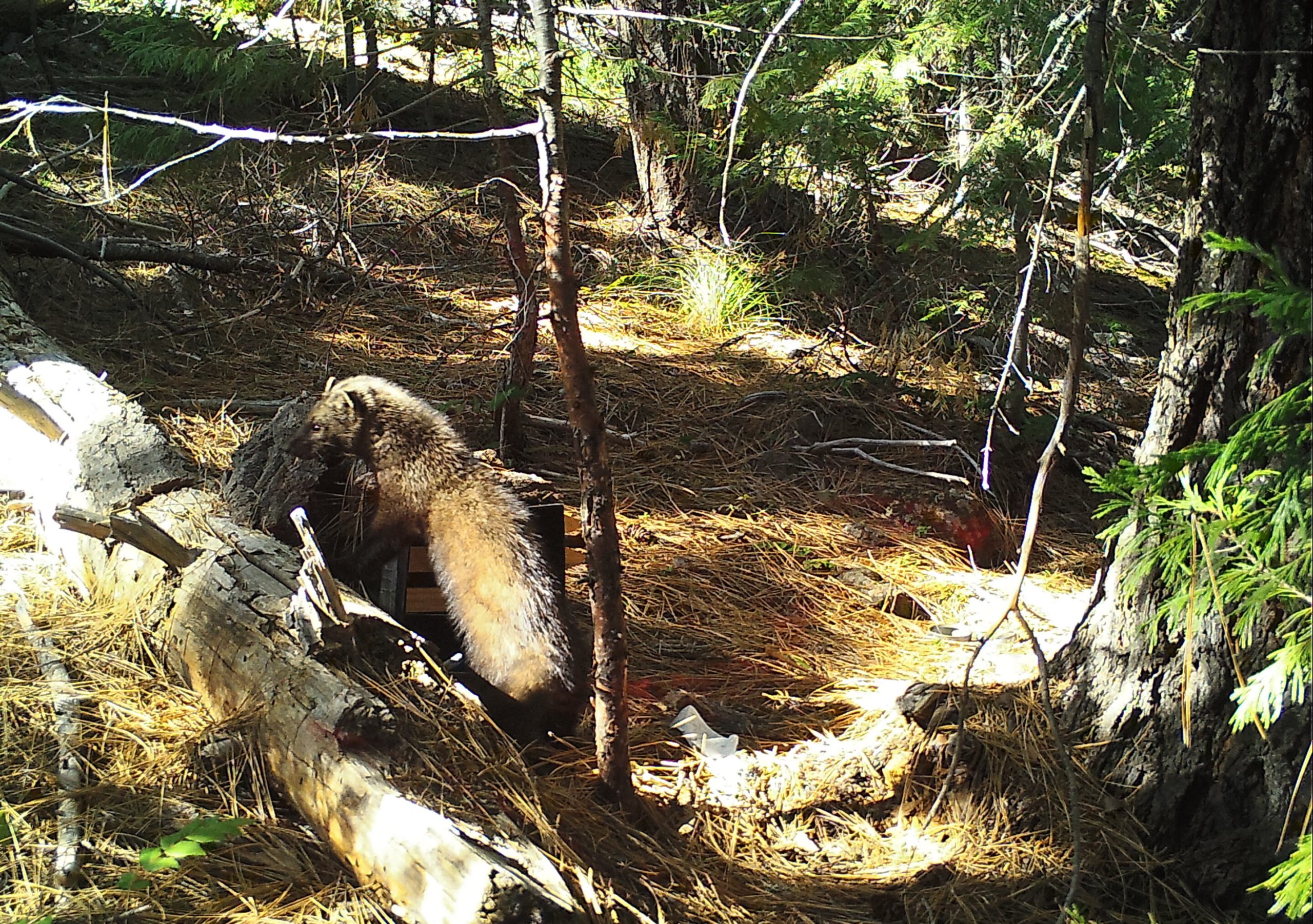 Fishers are facing pressure from wildfires and salvage logging, research

The recovery of the fisher, a charismatic, long-tailed forest carnivore, will likely be hindered by the increasing frequency and intensity of future wildfires, new research by Oregon State University indicates.

“We estimated a 27% reduction in the total number of fishers within our study area following the fires,” added Green, who led the study published today in Ecosphere.

Fierce and secretive, the fisher is an animal of conservation concern whose numbers dwindled in the 19th and 20th centuries due to fur trapping and logging. It’s a member of the Mustelidae family, which also includes wolverines, badgers, otters and minks, and it is native only to Canada and the northern United States.

“The fisher has a limited distribution, and rapid changes to forest structure could threaten its long-term persistence,” Green said.

Despite what they are called, fishers don’t prey on fish. They are so named because early North American settlers noticed a resemblance to the European polecat, which was also called a fitch, fitchet or fitchew.

Roughly the size of a large house cat, fishers not only scale trees but are able to climb down headfirst thanks to hind feet that can rotate almost 180 degrees. That trick helps them carry their offspring in their mouths as they climb up and down trees and may also help them attack prey from above.

The largest fisher population in the western United States is in what scientists refer to as the Klamath-Siskiyou Ecoregion, a 50,000-square-kilometer area straddling the Oregon-California border that has an estimated fisher density of about six per 100 square kilometers.

The researchers monitored fishers and gray foxes on a 465-square-kilometer portion of the ecoregion and examined the impacts of three mixed-severity wildfires—the Beaver, Gap and Happy Camp Complex fires—that burned 26% of the area in the summers of 2014 and 2016.

“A century of fire suppression plus increasingly frequent and long periods of drought are predicted to lead to more frequent and more intense wildfires across the West,” Green said. “Understanding the effects of wildfire on the species that live in forests, and the interactions among species, is important for making the most effective conservation and management decisions. The short- and long-term consequences are unclear for wildlife amid the calls for restoring forests to their natural regimes of frequent, low-severity fires.”

Wildfires, especially high-severity fires, cause vegetation changes that can make an area uninhabitable, he said. Salvage logging and replanting add more layers of complexity and make it harder to understand how wildlife respond to wildfire.

Green and collaborators from OSU, North Carolina State University and the U.S. Forest Service used six years of data from a long-term monitoring program to analyze the effects of fire and salvage logging on a population of fishers as well as a population of gray foxes.

Gray foxes are similar in size to fishers and compete with them for prey. Determining the effects of wildfires on gray fox populations and understanding how gray foxes and fishers interact is important for fisher conservation, Green said.

Abundance refers to a species’ relative representation in a particular ecosystem—in this case, how many fishers and foxes there are in the study area compared to other animals who share the area.

The researchers also looked at population density—the number of animals per unit of area. They found that medium-severity wildfires had a negative effect on gray fox density but high-severity fire had a positive effect. Salvage logging negatively affected both fisher and gray fox density, the study showed.

“Our results suggest that increased severity, extent and frequency of wildfires in the western United States will have negative impacts on fisher populations and change community composition for medium-size predators,” Green said. “We found that the wildfires that occurred in the Klamath-Siskiyou Ecoregion affected fisher density negatively regardless of burn severity, while gray fox density decreased in areas that burned at medium severity and increased in areas that burned at high severity.”

The researchers aren’t sure why the different severity levels had differing impacts on the two animals studied. More information on the long-term effects of fire and salvage logging on carnivores is needed, Green said, especially regarding changes in survival or reproduction.