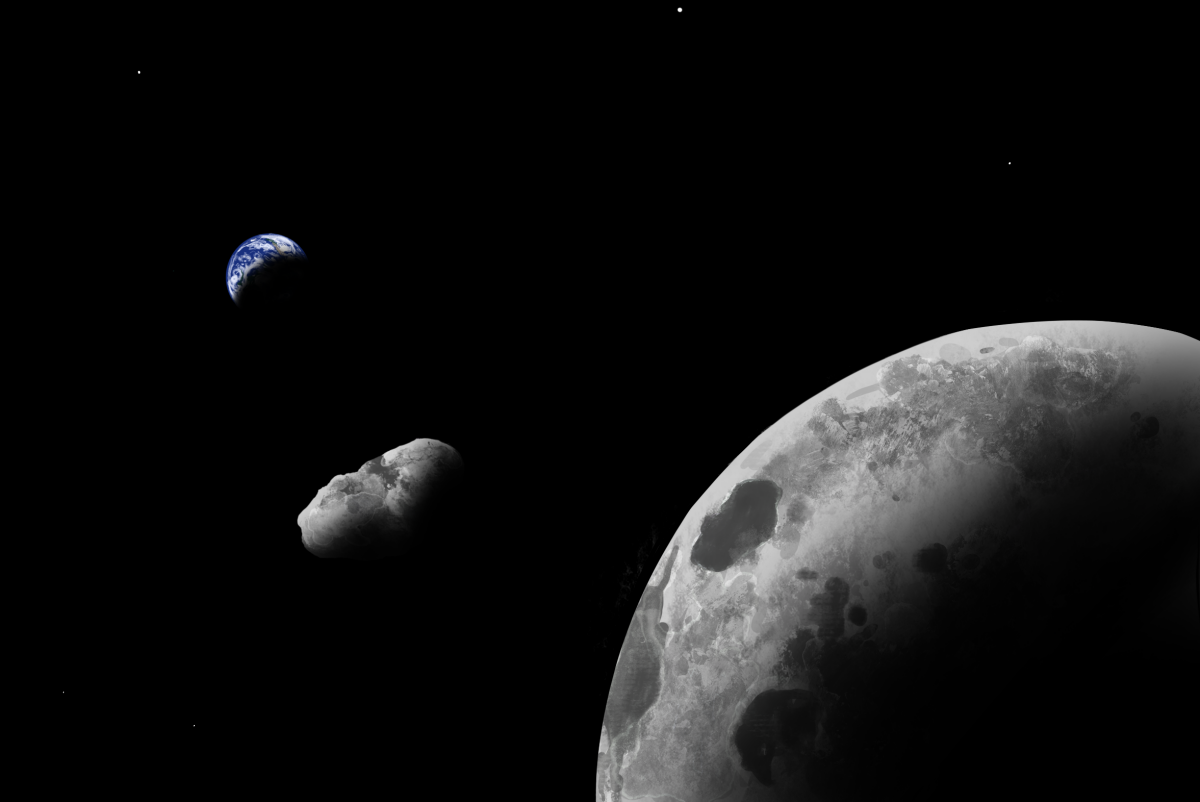 A fragment of our moon may be orbiting the sun

Kamo‘oalewa, an object that orbits the sun along with Earth, is unexpectedly red, leading researchers to suspect it came from the moon

An artist’s impression of the quasi-satellite Kamo‘oalewa, which may be a fragment of the moon

A small piece of the moon may be orbiting the sun alongside Earth. This object, called Kamo‘oalewa, has an unexpected composition that hints it may have been chipped off the moon and tossed into orbit.

Quasi-satellites like Kamo‘oalewa – of which Earth has five – travel along with a planet in similar orbits around the sun. Benjamin Sharkey and Vishnu Reddy at the University of Arizona led a team that used the Large Binocular Telescope and the Lowell Discovery Telescope, both in Arizona, to examine the spectrum of the light bouncing off Kamo‘oalewa.

Their observations showed that it was unexpectedly red. “It doesn’t look like what we would have expected if it was just a ‘regular’ asteroid,” says Sharkey. “We looked at almost 2000 spectra of other near-Earth asteroids, and none of them matched.”

They also compared their observations to details of several other types of asteroids that can be unexpectedly red, including those with a high metal content and those covered in small grains of dust, but none of them matched. The only close match that the researchers found was with a sample of moon rock brought back by the Apollo missions, hinting that Kamo‘oalewa may have been thrown from the moon in an impact.

“It’s a kind of missing piece of the puzzle,” says Reddy. “We have meteorites on the Earth, we have holes on the moon where some of those rocks came from, and this might be the piece in between.”

Determining how long it’s been travelling with Earth is a more difficult question. “We think it came off the moon. The composition seems to match, but finding out when it came off the moon or where on the moon it came off of is a tall order,” says Reddy. “The only way to do that would be to get a sample back.” The Chinese space agency is already developing such a mission, called ZhengHe, planned to launch in the mid-2020s.