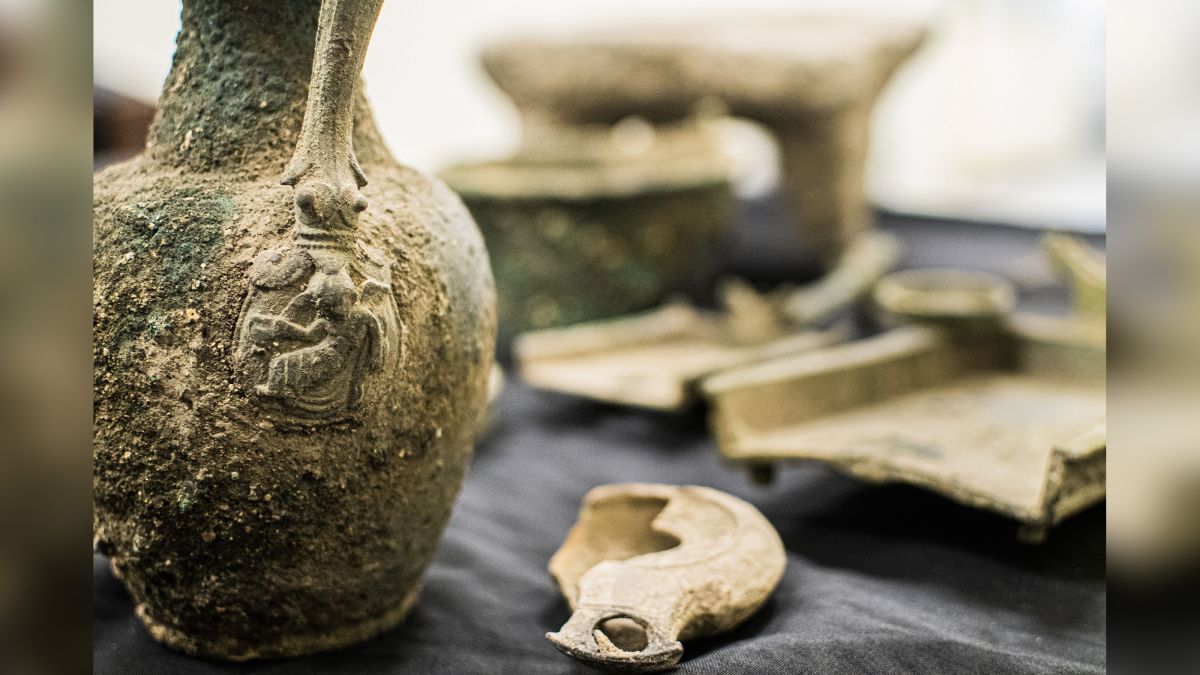 Police in Jerusalem seized a hoard of stolen antiquities that date to a 1,900-year-old Jewish rebellion against the Romans. The cache had been dug up by tomb robbers from a tunnel complex.

The hoard included hundreds of coins, incense burners and a number of ceramics with decorations on them, including a jug that has a carving of a reclining figure holding a jug of wine. Researchers believe that during the Bar Kokhba revolt (A.D. 132-135), Jewish rebels captured the items from Roman soldiers and stored them in a tunnel complex where modern-day robbers found them, the Israel Antiquities Authority said in a statement released on their Facebook page on Wednesday (Dec. 15).

Here, a jug that would have held wine some 1,900 years ago. (Image credit: Israel Antiquities Authority)Image 3 of 4

Police in Jerusalem have seized a hoard of stolen antiquities in Jerusalem, including coins, incense burners and ceramics. (Image credit: Israel Antiquities Authority)Image 4 of 4

Police in Jerusalem have seized a hoard of stolen antiquities in Jerusalem, including coins, incense burners and ceramics. (Image credit: Israel Antiquities Authority)

During the Bar Kokhba revolt, Shimon Ben Kosva (also called Simon Bar-Kokhba or just Bar-Kokhba) led the Jews in a revolt against Roman rule. The rebels initially captured a substantial amount of territory. However, the Romans counterattacked and gradually wiped out the rebels and killed many civilians. The ancient writer Cassius Dio claimed that more than 500,000 Jewish men were killed in the revolts. Archaeologists have found numerous hideouts that the Jews used to hide goods or people from the Roman army.

Despite stealing the goods, the Jewish rebels may not have used many of the artifacts, because they had images that may have gone against Jewish religious beliefs. “The Jewish fighters did not use them, since they are typical Roman cult artifacts and are decorated with figures and pagan symbols,” the Israel Antiquities Authority said in the statement.