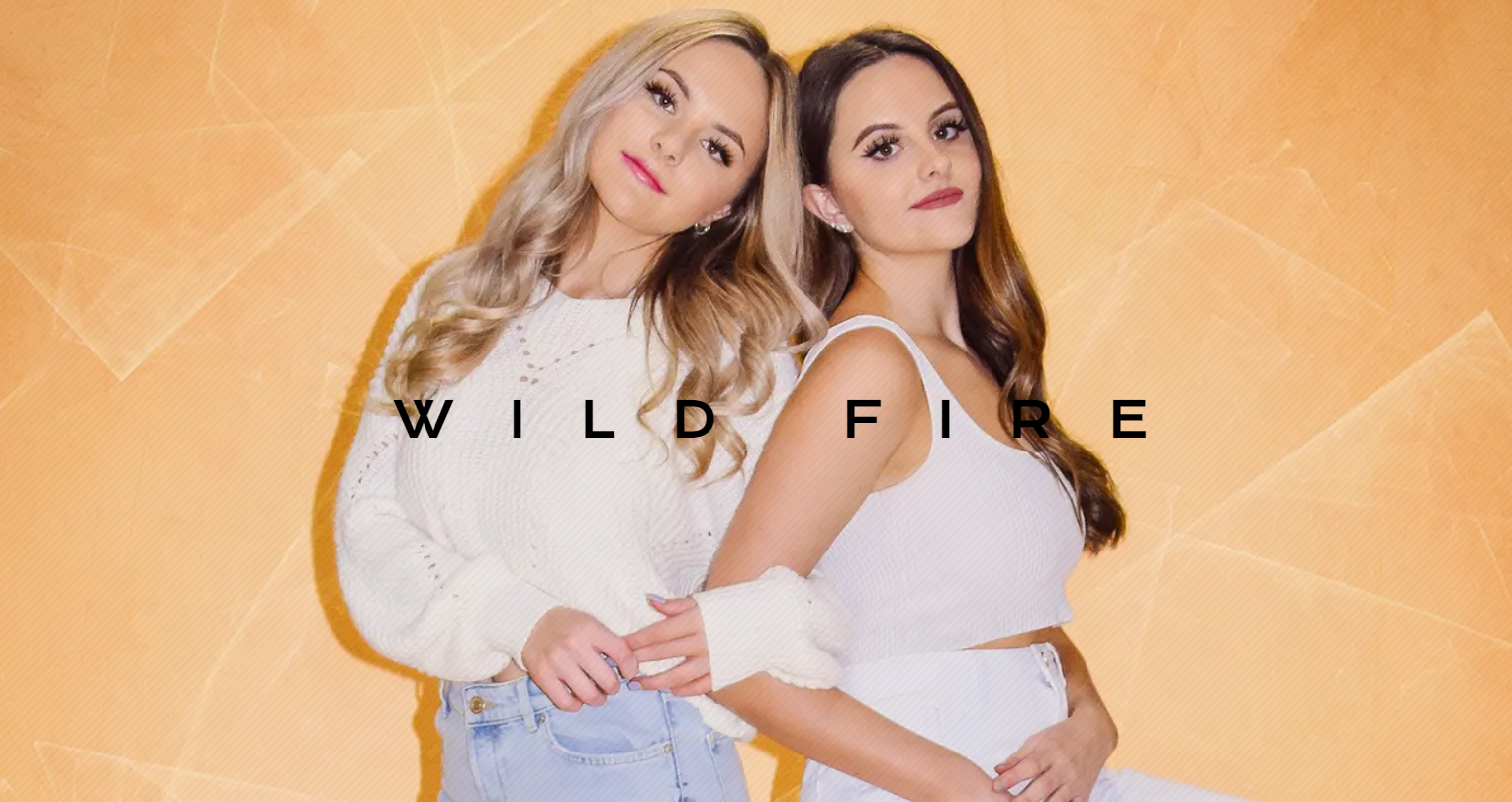 Wild Fire have a lot on their mind and the distance between times with a boyfriend is weighing heavily in the new country pop track, “Like Home”. As they say, anything worth doing isn’t easy and these young lovers are facing miles upon miles of distance, all of which seem to be soothed by a warm, comforting electric guitar. Wild Fire is a sister duo act from Houston, Texas. Kelli and Kayla Iutzwig might sound younger and even still think like teenagers during moments of the song, but their heart is in the right place. As are their voices. “Like Home” is a riveting selection, an impressive gesture from beguiling familial vocals.

The slow-dance worthy song is capped off by a shimmering guitar arrangement. Subtle, relaxed and unable to ignore, the guitar work flows underneath the sisters’ voices like a steady horse on a trail. This song has a jaunt to it that recalls long summer nights or even cozy, cold nights at a winter cabin. The listener is fully invested and frankly infatuated with this from-the-outside perfect relationship. All seems well, however, the distance between a girl and her boyfriend is the only thing giving her anxiety. As the vocals ponder the future and stay back into the memories (as far as even high school and hometown turf football games), this is the country music sweet spot. Country fans love a great, relatable story and this fits the bill.

With every word you make me feel safe, sing the sisters. One of the reasons Wild Fire is truly taking the music world ablaze is because of these cohesive harmonies. It’s hard to tell who is singing lead and when one starts and the other one finishes. It’s a romantic song and I know country fans (and pop fans) will just eat it up. It’s the next big crush song, for sure.  Wild Fire has a massive hit on their hands with “Like Home”. Like wildfire itself, I think this one will catch on and when it does, it will go very quickly.

“Like Home” is co-written by Honey County. Nashville’s Honey County also happens to be a female duo. The song is produced by Austin Moorhead, who you might know as the guitarist for Carly Pearce (“Every Little Thing”, “I Hope You’re Happy Now”, “Next Girl”). Moorhead enhances Wild Fire’s sound and polishes their overall shell. I think he brings a bit more rock/pop into the guitar work, but never loses sight of the country roots or tones. He’s a great addition to their team. Not that they needed much work. Their previous songs like “Seventeen” have been given high accolades. Wild Fire is indeed catching the eyes and ears of not only Houston and Nashville, but the entire globe. I think “Like Home” is the next big step for them and a great ‘in-between’ hit. It’s a bit slower than we’ve seen from them, but it’s also incredibly heartfelt and assured. Their confidence will continue to catch on and burn bright.