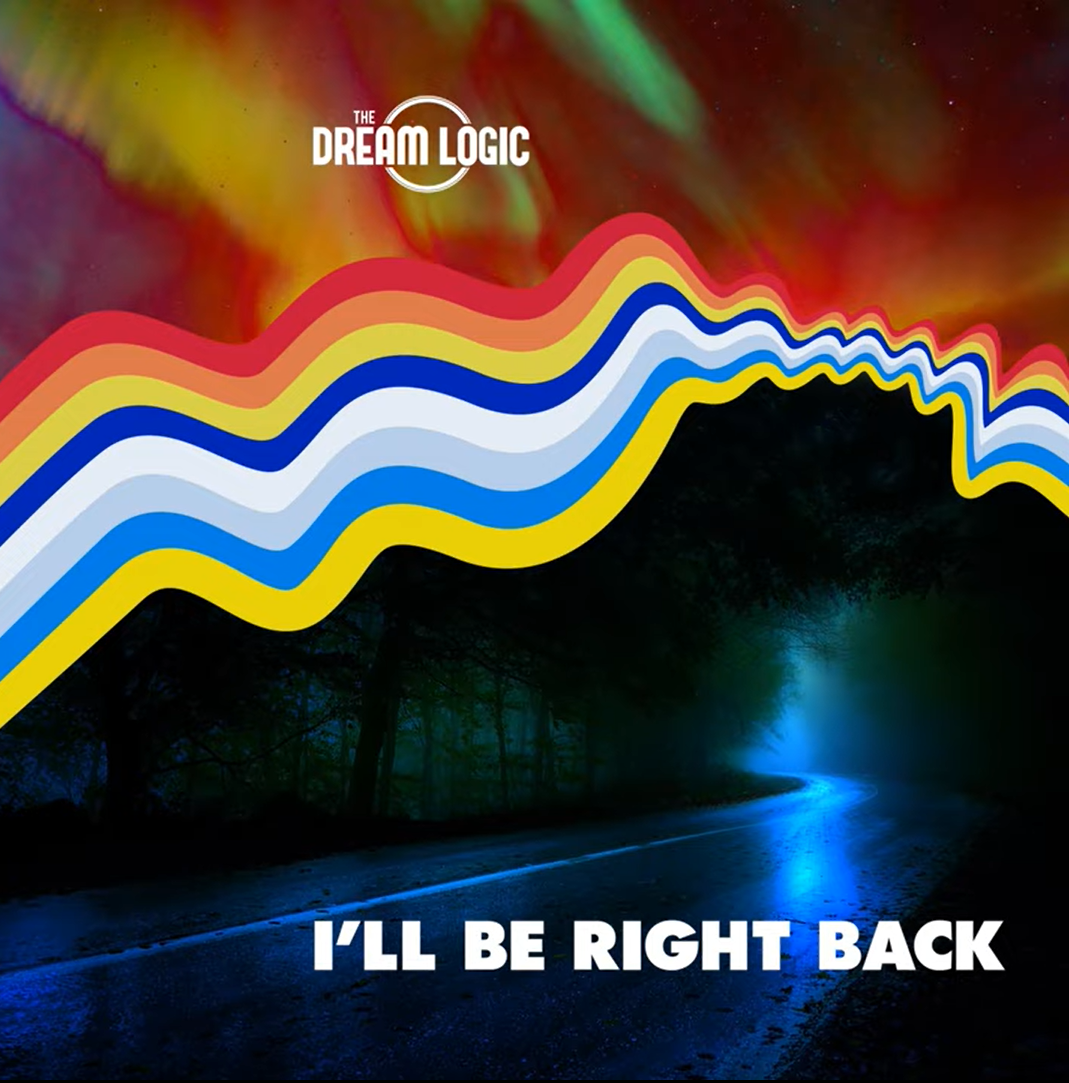 The Dream Logic’s hard work as some of New York City’s best musicians has paid off with a respected, if brief, body of work extended far into modern music. Their prior releases under The Dream Logic banner are only part of their output; multi-instrumentalist, singer, and songwriter Charles Compo, drummer Camille Gainer, and bass player Jerry Brooks have worked together for quite a while. They’ve worked independently and together with several other marquee performers during their careers; Christina Aguilera, Bruno Mars, and D’Angelo are among them.

Its helped forge their own identity as a musical unit. There’s clear reference points in their new single “I’ll Be Right Back” with a plethora of jam band forebearers, much more so than the band’s fusion side, but it nonetheless has its own identity. Much of this is thanks to vocalist and chief songwriter Charles Compo. His bell-clear vocals are one of the reasons the track is so accessible despite its impressive musical pedigree, but the vocal melody gives him a tremendous advantage,

It follows a consistent and steady trek from start to finish. Jam band influences or not, the band’s compositional strengths are enormous and evident at every point in the recording. Many listeners will love how they shift gears in the second half of the track without ever swaying the song off course. It’s difficult sometimes to trust a band’s skill level when you hear a studio recording but that isn’t the case here. The arrangement is obviously geared towards delivering a direct performance, there’s no doubt, and it’s easy to envision hearing this song thriving in concert.

Fusion can be an intimidating label for some listeners. Many think about extended instrumental pieces or compositional daring when they hear the words “fusion music”, but The Dream Logic’s “I’ll Be Right Back” doesn’t have that going on. No one should say they play down their skills for wider audience acceptance because they don’t, but there’s plenty of evidence throughout the cut of their ability to connect with audiences. They, like the best bands, make it sound easy.

The funk influences are what most people will hear in this song. It isn’t just as in the music, however, as Compo’s vocal has the same qualities, particularly around the chorus. Many listeners will be attracted to the command over dynamics that the song shows. The Dream Logic gives a very orchestrated performance with this song without ever leaving it bloodless; it’s no small achievement given their musical credentials.

Many superior musicians allow their skills to get in the way of entertaining their audience. You can say they are playing too much for themselves or, perhaps, putting their egos in the way of crafting compelling songs. The Dream Logic artfully straddles the line between virtuosity and pleasing the audience without ever leaning too far in one direction; there’s little question the musicians walked away from recording this single every bit as pleased with the results as we are. It’s a great single for this band.

The music of Dream Logic has been heard all over the world in partnership with the radio plugging services offered by Musik and Film Radio Promotions Division.  Learn more https://musikandfilm.com