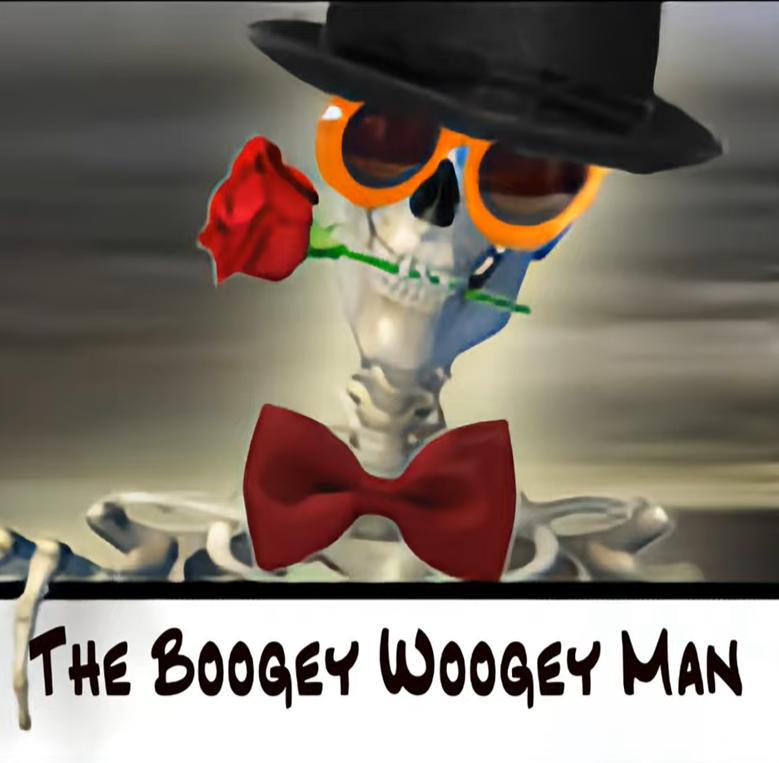 It’s kind of funny that when people think of nostalgia and sentimentality, Christmas is typically the first holiday that comes top of mind. Halloween is certainly no slouch in the memories department, and I’m sure at some point in everyone’s young adult or grade school life they had a Halloween or fall festival where costumes and candy corn were in full supply. Maybe you remember your teacher that year, or maybe your childhood friend had the winning costume – memories can come flooding back. In her new song “The Boogey Woogey Man”, former school teacher and award-winning children’s music singer/songwriter Marla Lewis proves just why that magical time in our youth is so special. It’s about letting your imagination take over and suspending yourself to disbelief.

What better pilot to the journey than Lewis – her commitment to the genre is electric. She’s concise and delightful. She reminds me a lot of a Disney princess singing – and you can tell that she’s been around kids to hit all the key words and turn of phrasing. Rather than scare kids, this Halloween song is meant to get them giggly and dancing. Help! I can’t stop dancing Lewis exclaims at one point. I love the back and forth between Lewis and a male voice counterpart. He plays the role of The Boogey Woogey Man with debonair thrills and off-handed remarks. He’s a dancing skeleton, yes, but he’s also a ghostly figure. I thought it was the right mix of him and her voice – and a whole lotta jazz running underneath.

Fashionably jazzy and even a smidge of rockabilly, “The Boogey Woogey Man” has the makings of turning the clock back to the 40s…a time where dancing to a big band in ballrooms on the Jersey shore or in Harlem was a sight to see and behold. Lewis, who is based in New Jersey, brings that East Coast sheen to the overall production – reems of urbanites getting their Saturday dance fix and even the big city wave of lights, camera and action. I also sensed an aura of old Hollywood – a feeling of yesteryear in the tempo and the spellbinding rhythms. The drums aren’t as big as the vocals, but if you listen, you can also hear the haunting organ play a concoction that floats along like morning mist. If that part of the song were a libation, it would be an oozing green slime, with dry-ice rising above the rim. I found myself humming the chorus and bopping my head to the groove many hours later. This is definitely a clever earworm. I’d love to hear this and watch a room full of kids just have the time of their lives.

Ready to have a spell put on your shoes? Take it from the lyrics and the come-one-come-all vibe in “The Boogey Woogey Man”, the time is right to get to dancing. Marla Lewis and Grammy Winning producer and engineer, Bob Stander, accumulate a well-produced, highly entertaining tune. It’s never too early to make plans for your Halloween festivities. Why wait – you can always celebrate Halloween every day.

The music of Marla Lewis has been heard all over the world in partnership with the radio plugging services offered by Musik and Film Radio Promotions Division.  Learn more https://musikandfilm.com

Facebook
Twitter
Pinterest
WhatsApp
Previous articleShopbop Is Having Its Biggest Sale of the Year, and
Next articleGrey’s Anatomy Winter Finale Trailer Leaves Several Characters in Danger