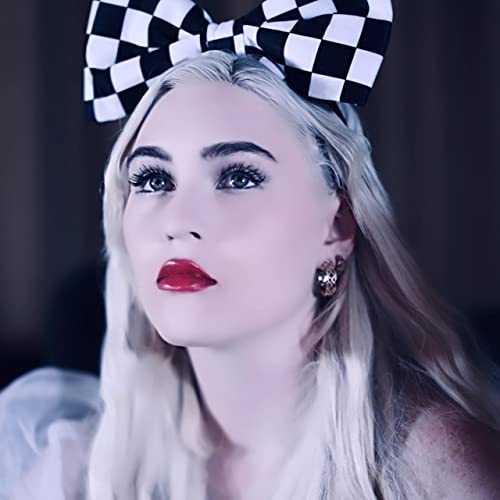 “Not everyone is capable of madness and of those lucky enough to be capable, not many have the courage for it“…. August Strindberg

Rising superstar has recently released her follow up single to her mega hit “Damaged” called “Tarrant”, which is the actual real name of Alice in Wonderland’s Mad Hatter. Looking much like Alice herself, ARO Rose has created a Wonderland with this song and video for her fans and followers. As a master songwriter, ARO paints pictures within her music filled with empowerment and encouragement.

“Tarrant” is one of those songs that takes you into a forced realm of imagination. It’s a powerful concept song that forces the shadows of darkness into the bright light. “ You are only given a little spark of madness, you must not lose it“….Robin Williams. ARO is not only an accomplished musician and songstress but an actress as well.

When ARO (AKA Amanda Rose O’Connor), was only 2 years old her mom tragically died during 9/11. ARO was just featured in a 20th anniversary tribute benefit gala for SohoJohnny’s Let Me Help, Inc Foundation. She has also just come off of being featured at the biggest Halloween parade in history via Wonderama and UNICEF at New York City’s Time Square on National TV.

“Tarrant” is a carnival landscape of intrigue, and textures with a splash of madness. One of the most creative videos of the year, ARO Rose has a long and successful career ahead of her. She’s definitely someone to watch and celebrate…..

The official website for Aro Rose may be found at https://www.arorose.com

Facebook
Twitter
Pinterest
WhatsApp
Previous articleFanmire- An Exciting New Way For Fans To Connect To The Stars, Brands, and Influencers They Admire
Next articleInterview: Pauline Irene Stacey “No Time To Clean: Listen to Pauline!”