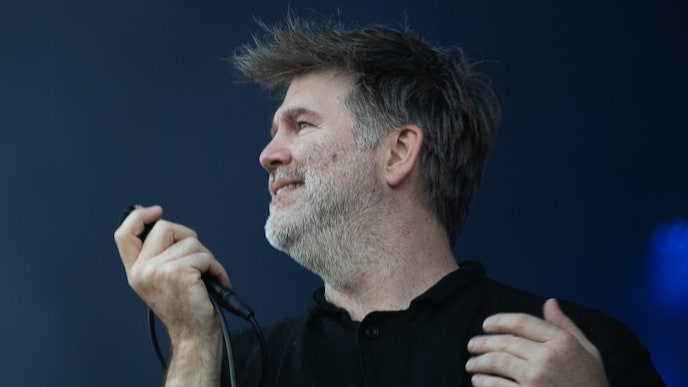 LCD Soundsystem have released a statement saying that they intend not to cancel the remaining dates in their Brooklyn residency, despite surging COVID-19 case numbers in New York. LCD Soundsystem posted it Friday night (December 17), explaining that they had considered the risks against the demand for the remaining performances on December 19, 20 and 21. “We said we would play, and people are coming, so we are playing,” the note read, though it also had a cautionary tone: “Us playing the shows is in no way an indicator that it’s safe to attend.” See the rest on Instagram.

In the statement, the band said that fans who want refunds can do so via ticketing outlet AXS, and that they would get priority ticket access for later, as yet unannounced shows. The note said that if enough people asked for refunds, the shows would be canceled, and reaffirmed the promise for more dates with, “We will play again, so don’t worry about these particular shows.”

On Friday, Governor Kathy Hochul announced more than 21,000 new COVID-19 cases within a single day in New York; 10,286 of those were in New York City. LCD Soundsystem’s Brooklyn Steel residency, which began in late November, was their first string of shows since 2018. At the conclusion of their residency, the band have a holiday special from Amazon that’s out on December 22.