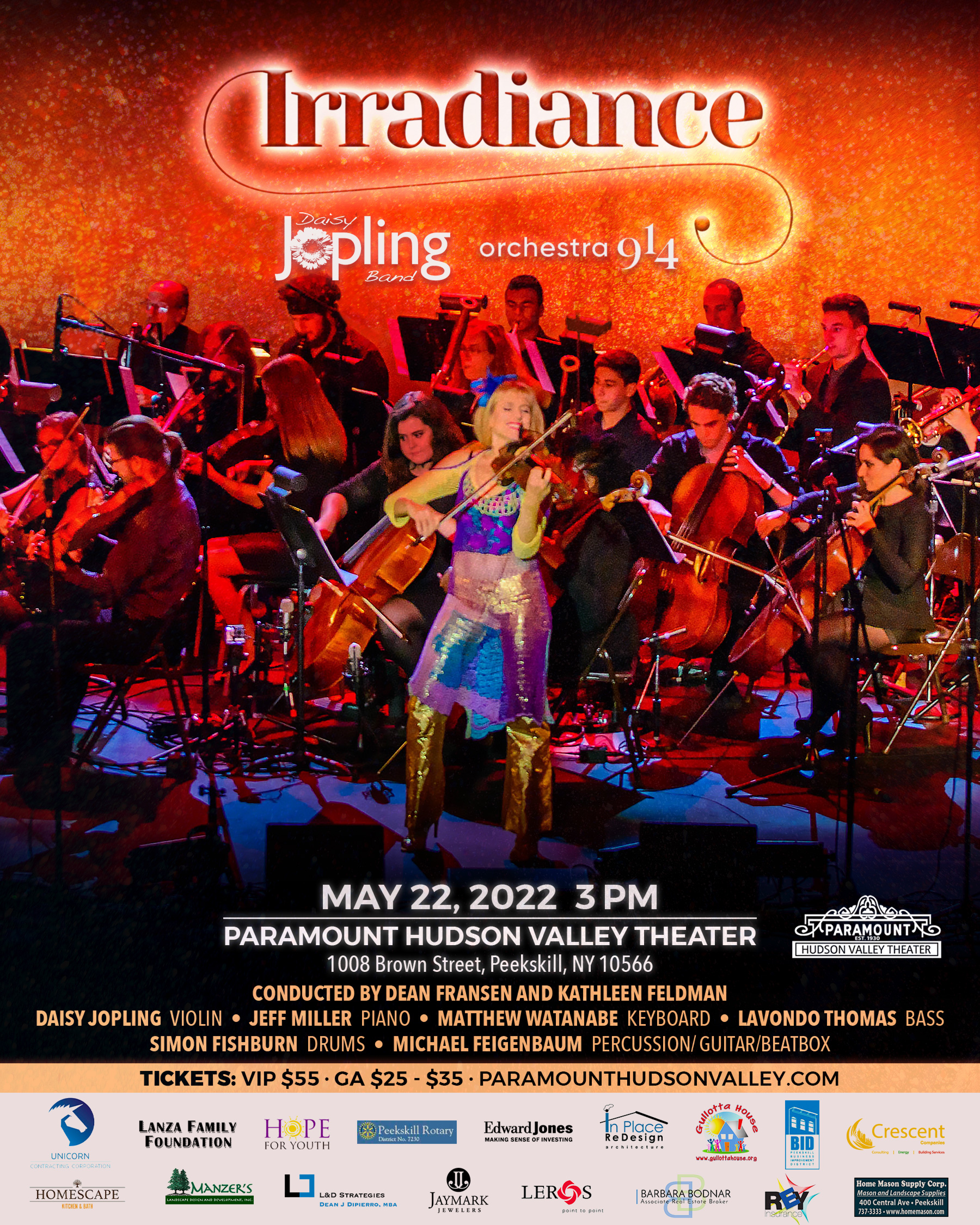 Internationally acclaimed, classical/rock star violinist Daisy Jopling is thrilled to collaborate with Orchestra 914 and Hudson Valley students on a full orchestra mentorship show at the Paramount Hudson Valley Theater called “Irradiance”. This eclectic show will feature local youth choirs singing music composed by Daisy Jopling derived from the sacred tones of the Great Pyramids of Egypt, as well as a rock classical fusion and hits from the Daisy Jopling Band orchestrated by Dean Fransen. The show will feature a beautiful lighting design by Ro-z Edelston, and will be conducted by Dean Fransen and Kathleen Feldman.

Formed in 1958, Orchestra 914 expands the classical music experience for diverse audiences in the Hudson Valley through creative, educational, and community programming with the highest level of artistic integrity.

Daisy Jopling has toured the world, beginning her solo career with a concerto at the Royal Albert Hall in London at age 14. She played twice before 30,000 people at the opening of the Vienna Festival, toured with her band to 53 stunning concert halls in China, created “Illuminance” on Bannerman Island, NY which aired on PBS in 2021, and performed her own “Awakening” Concert at Alice Tully Hall, Lincoln Center.

The non- profit Daisy Jopling Music Mentorship Foundation was founded in 2012 to bring music mentorship, teaching and performance opportunities to the schools in Westchester County.  To date over 8,110 students have participated in its programs.  These programs have been made possible from support of the New York State Council on the Arts, individuals, corporations and foundations.

Get your tickets for “Irradiance” Featuring the Daisy Jopling Band, Orchestra 914 and Local Students here:

The official website for The Daisy Jopling Band may be found at https://www.daisyjoplingband.com

The official website for Orchestra 914 may be found at https://www.orchestra914.org

The role of a novel long non-coding RNA in the