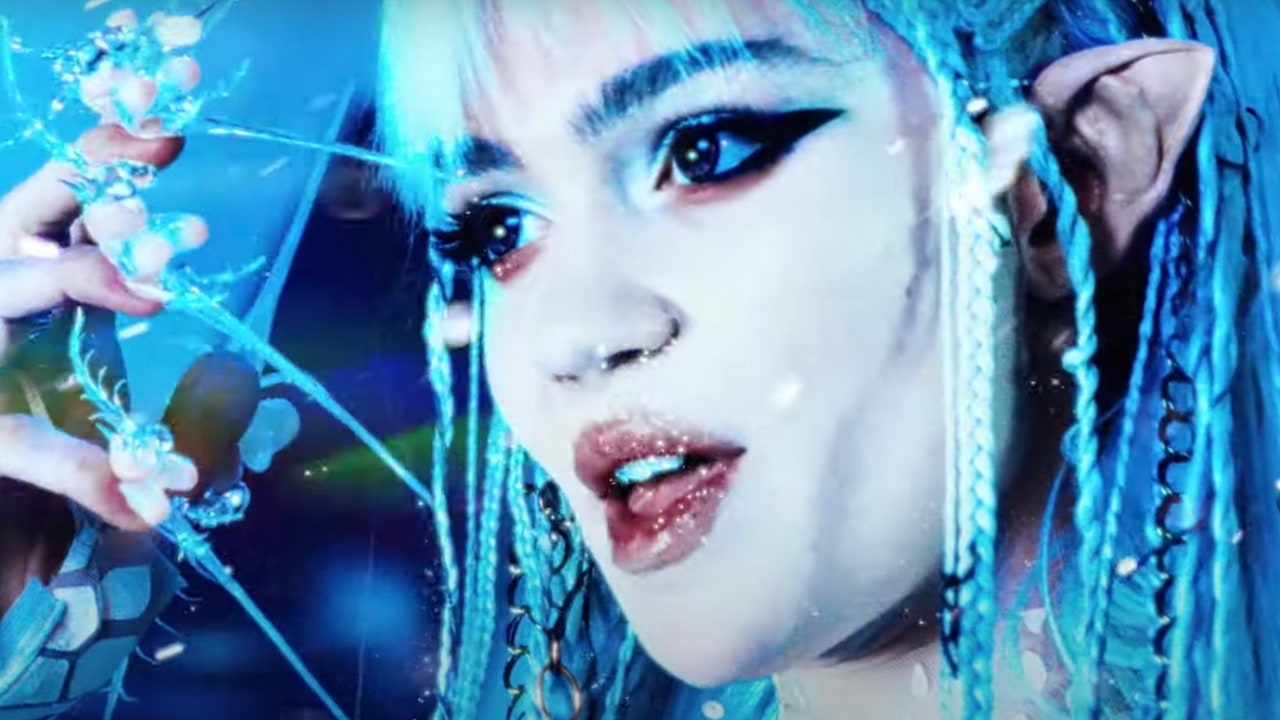 Grimes has released another new song, her second in recent months. It’s called “Shinigami Eyes” and it comes with a music video directed by Brthr and written by Grimes. Check it out below.

Grimes discussed “Shinigami Eyes” in a new interview with Zane Lowe on Apple Music 1. She said:

Well, actually, OK, so this song, I’m not sure what I should say or not say. I always say a bunch of stupid shit and get in trouble, but either way. This is the label executive decision song. I love the record, but it’s just like, everyone’s like, what’s the deeper meaning? And it’s like, well, Nino Angelo just really had just watched Death Note and really liked it. Basically, I wrote the whole space opera thing and this is the only song that wasn’t this big narrative plot. Anyway, I actually do really like the song. Sorry. I’m just undermining the marketing strategy.

According to a press release, “Shinigami Eyes” will appear on a new Grimes EP called Fairies Cum First, which is described as “a prelude” to the forthcoming album Book 1. Speaking with Lowe, Grimes also said that her next release will be a double album. “I made a bunch of stuff and I just want to make a bunch more stuff,” she explained. “There’s just more kind of sonic, conceptual ideas that I think need to get done to make everything make more sense. And we kind of have two album covers and it seems like a waste to throw on one of them away.”

Grimes released the new single “Player of Games” in December, with a music video directed by Anton Tammi arriving shortly thereafter. Her next record—the follow-up to 2020’s Miss Anthropocene—will be her first for Columbia Records.