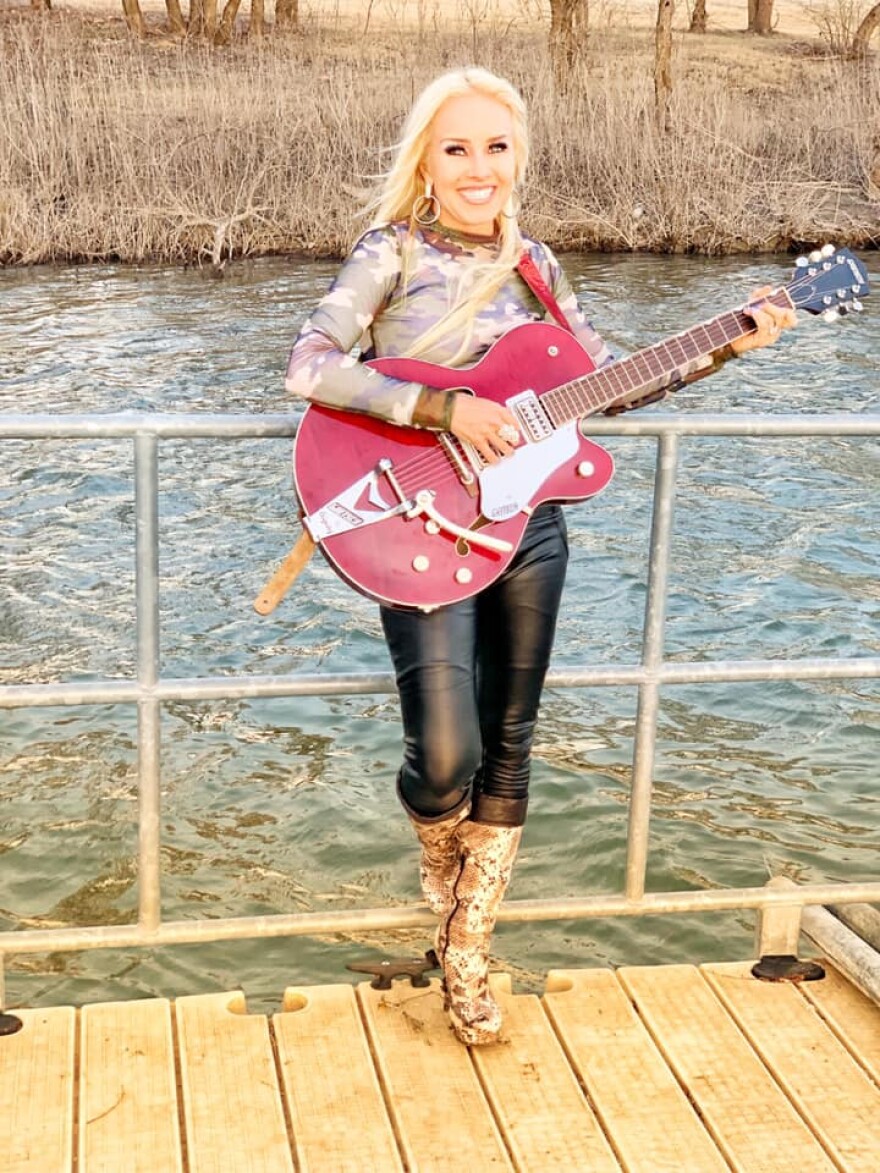 “After the Rain, You’ll Find the Son” by Lady Redneck

There’s a fragility to every part of the instrumental makeup in the new single “After the Rain, You’ll Find the Son” from Lady Redneck that doesn’t end with the melodies formed in the mix. Truth be told, the instrumentation in this piece is only half of the charismatic framework Lady Redneck will use to make her lyrical narrative tangible to the audience.

Whether it be the tempo, the tone, or even the presentation of a harmony, she’s using every inch of space in this track to dedicate herself to a divine power, eliminating the very notion of filler in the music by consistently growing in strength with every verse she sings. Inspirational music is often considered to be in a class far removed from the mainstream in country, rock, or pop, but this is an instance that really challenges the standard via a singer/songwriter who makes sustainable country compositions that happen to have a signature Christian theme. It’s got more of a radio-ready, mainstream appeal than most of the other music of this genre tends to, and it’s all because of the charm this vocalist affords every harmony she’s a part of.

Although clandestine in presentation, Lady Redneck’s lead vocal is always a larger-than-life element in this single. She doesn’t have to compete with a lot of virtuosity from the backing band but never does the instrumental footing her lyrics enjoy sound too simplistic in comparison to her voice. If anything, the minimalistic guitar component of the mix is a nice compliment to the incredible presence of her singing, which seems to need none of the synthetic boosting that most country crooners rely on these days.

While the lyricism is steeped in the Christian perspective, it doesn’t translate as being overly singular in style, nor does it ever sound exclusionary in the least. This arrangement is loose enough to where a lot of other players would have struggled to deliver as cohesive a performance as she did, but if you were to go off of the ease with which Lady Redneck puts everything in motion in “After the Rain, You’ll Find the Son,” you would never know or guess as much.

If this is a good example of who she is both in and outside of the recording studio, I think it’s going to be a big summer for this singer/songwriter, especially relative to the competition she’s facing out of a secular Nashville. There hasn’t been nearly as much attention lent to the scene Lady Redneck is coming up in at the moment, but 2022 is ushering forth a lot of focus on underground elements previously neglected by the mainstream media.

I can certainly understand and appreciate what all of the critical fuss has been about regarding both “After the Rain, You’ll Find the Son” and “Don’t Try to Take Our Guns,” and if they’re giving us just a sample of what this player is going to be submitting on a regular basis, I’ll be eagerly awaiting the opportunity to cover more of this intriguing faith-based content.