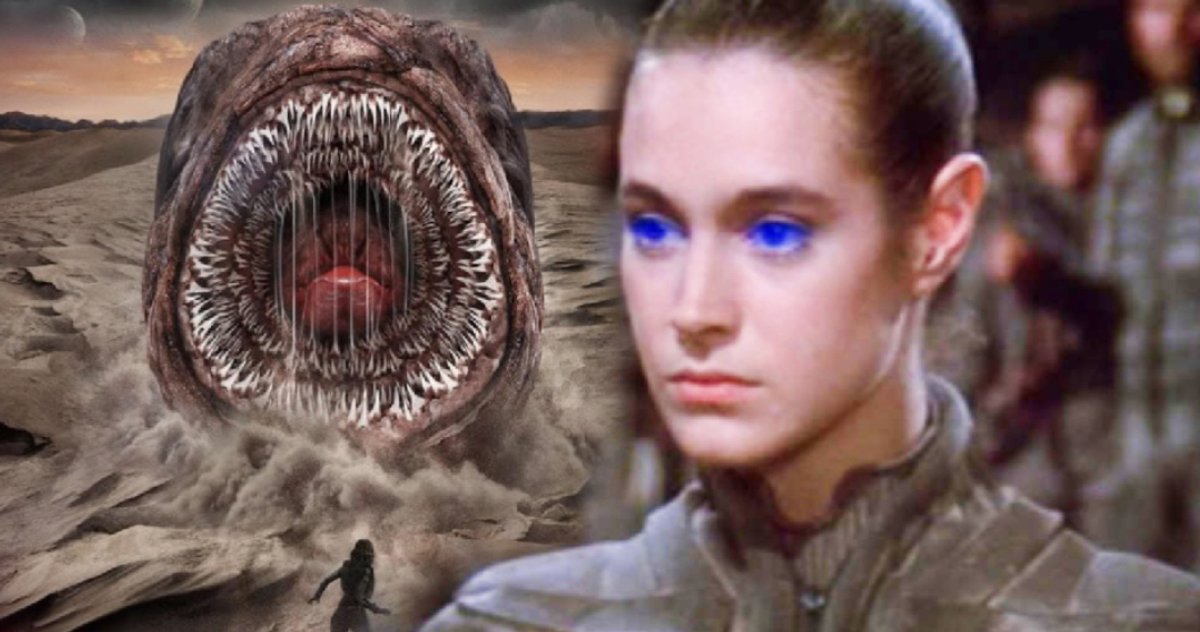 Asylum Entertainment has found their inspiration in many classics, creating their own masterpieces through their unique creative lens. Planet Dune is one of them! Come to watch original recipe Dune star, Sean Young, send her rescue team to retrieve the stranded, stay for the super-duper-sized sandworms! They’re coming in hot!

The official synopsis reads, “A crew on a mission to rescue a marooned base on a desert planet turns deadly when the crew finds themselves hunted and attacked by the planet’s apex predators: giant sand worms.”

This will be director Glenn Campbell’s (Adventures of Aladdin) sophomore feature and Tammy Klein will be making her debut as director. We know writer, Lauren Pritchard from her screenplay for Robot Apocalypse and writer Joe Roche for his screenplays for Meteor Moon and Collision Earth.

Where things start to get really fun, and super-meta, is that Planet Dune returns Sean Young (Blade Runner) to her roots, coming full circle as she stars in both David Lynch’s 1984’s Dune as well as Asylum’s offering. Emily Killian, Tammy Klein and Clark Moore round out the cast.

Sean Young has been in the Hollywood game since the early 80s, but I remember seeing her for the first time in the 1981 classic Stripes with Bill Murray, Harold Ramis, John Candy, Warren Oates, Judge Reinhold and a young Bill Paxton. Her career took a weird turn when filming TheBoostwhen her co-star, James Woods, pressed charges for stalking and harassment. He would later end up having to pay her legal fees. She then broke her arm right before she was supposed to start filmingTim Burton’s Batman playing Vicki Vale.

She purported that she was kicked off Dick Tracy for rebuffing Warren Beatty’s advances, ultimately being labeled as ‘difficult’ to work with.﻿She has remained in the business making a movie nearly every year since then. She has had a diverse career spanning decades starring in comedies like Ace Ventura: Pet Detective and Fatal Instinct to indies such as Even Cowgirls Get the Blues and Bone Tomahawk. And if you haven’t seen Attack of the 50 Foot Cheerleader, treat yo’self!

The Asylum, an independent film company and distributor known for producing low-budget, direct-to-video mockbusters, have been delighting their fans with the re-telling or embellishing of timely blockbusters since 1999. They have brought us these twists-on-the-classics Snakes on a Train, The Da Vinci Treasure, Pirates of Treasure Island, Hillside Cannibals, Allan Quatermain and the Temple of Skulls, The Day the Earth Stopped, Battle of Los Angeles and more. They’ve also released titles that are uniquely their own such as Mega Python vs. Gatoroid, 2-Headed Shark Attack, Bermuda Tentacles, The Doctor Will Kill You Now, and Ice Sharks.﻿ ﻿They have also started a family-friendly branch making movies like Princess and the Pony, CarGo,﻿ and A Beauty & The Beast Christmas.

Check out The Asylum’s Planet Dune available October 29. “Their mission was doomed to fail.”