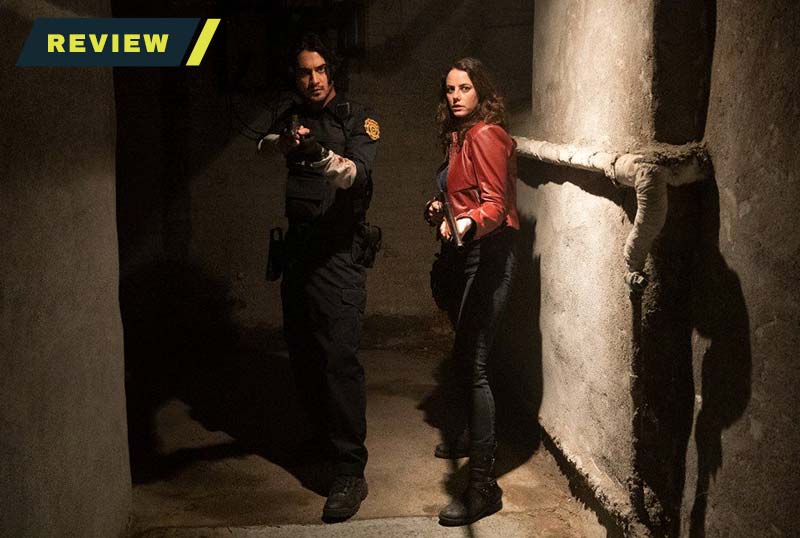 Resident Evil: Welcome to Raccoon City Review: A Misfire of The massively popular video game franchise that has spawned six movies (no, seriously) gets its seventh installment in a reboot of the movie series that had its so-called “final chapter” in 2016. Resident Evil: Welcome to Raccoon City is an action horror film written and directed by Johannes Roberts (47 Meters Down). Of course, it remains a mystery to us all as to why Hollywood would churn out another sequel to a critically panned franchise.

Still, here we have yet another Resident Evil movie with a new director behind the wheel. Although this movie is a reboot of the series, this is not a revitalization of a film franchise long past its prime. This movie has a lot of lofty ambitions of what it wants to be, adapting the first two Resident Evil games in one film, but it ultimately fails at what it’s aiming for due to the shortcomings of the screenplay and direction.

This movie follows Claire Redfield (Kaya Scodelario) as our protagonist. We are introduced to her as a child during the film’s opening horror sequence, which was an effective way to bring the audience into the world of the series and is the best part of the film. Flash forward a few years later, and she is an adult investigating the Umbrella Corporation as terror begins to ensue.

Unfortunately, as the movie goes on, the story becomes less and less interesting as the film goes in directions that feel familiar and monotonous. In addition, the movie struggles with its poor pacing and the sheer amount of subplots that it wants to focus on without giving enough care to any of them. There is a lot that the movie wants to do, but in attempting to do everything at once, the ideas become underbaked and dull. The film relies on your knowledge of the video games to develop the characters, but for those who aren’t well-versed in the games, every character is one-dimensional. Everyone has one trait and nothing more, and the film is uninterested in exploring any of them or giving them any distinct goals besides “don’t get killed.” The story has a ticking clock that isn’t referenced enough to provide the film with a sense of urgency, and the screenplay lacks anything inventive.

Every action sequence and horror sequence pays tribute to the feel of a video game very well, but for the standards of a film, these sequences are sorely lacking in anything that would stand out over those in other zombie films. This is Roberts’s first time directing an action movie, and as a result, the action setpieces lack style or any striking imagery. His film is more horror-based than the action-based Paul W.S. Anderson films, but as far as horror goes, the movie doesn’t offer much beyond the jump scares.

There are not one, not two, but three scenes where a supporting character is about to be killed, but Claire comes in at the last second to save the day. The copy-and-paste moments feel lazy as the movie can take itself too seriously at times while also not being anything more than a series of scenes with zombies and gunfire. Furthermore, Claire begins the film so skilled with guns that there is no room for her character to grow. Her backstory ultimately leads to nowhere emotional.

Ultimately, the movie isn’t unwatchable. There are serviceable action sequences with the characters killing zombies, but you won’t remember much of it once you leave the theater. Because once the credits roll, the film won’t leave you craving more from the characters or the universe. The film is just an hour and 47 minutes of shootouts without a strong screenplay or character relationships that matter enough to help this misfire of a movie.

As ComingSoon’s review policy explains, a score of 4 equates to “Poor.” The negatives overweigh the positive aspects making it a struggle to get through.