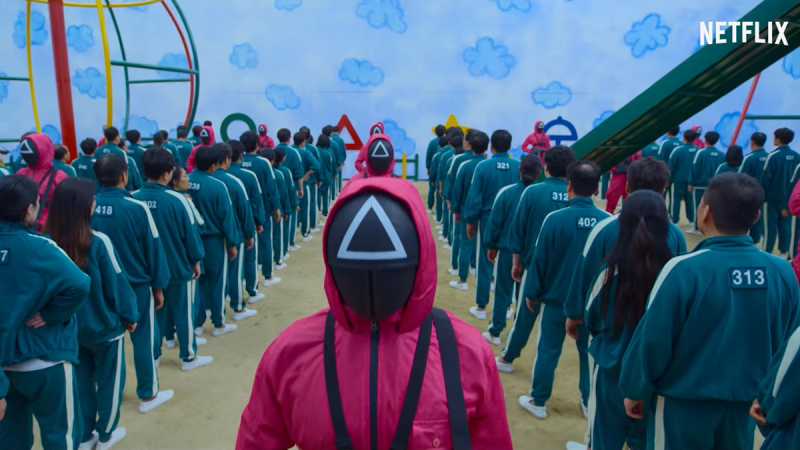 A man who reportedly smuggled copies of the smash-hit Netflix series Squid Game into North Korea has been sentenced to death, according to a report from Radio Free Asia.

RELATED: Squid Game Season 2: Creator Confirms Gi-Hun Will Be Back for Sequel

The report (via Variety) from RFA notes that the man smuggled the series in from China on USB flash drives, where he then sold them to various students. According to sources close to RFA, the smuggler faces death by firing squad, with the students involved in watching the series also facing harsh penalties as well.

“A student who bought a drive received a life sentence, while six others who watched the show have been sentenced to five years hard labor, and teachers and school administrators have been fired and face banishment to work in remote mines or themselves,” said RFA in their report.

The crackdown on the South Korean material comes just a year after North Korea passed its “Elimination of Reactionary Thought and Culture” act, which strictly prohibits the entry and dissemination of cultural material into the country. Those caught are liable to be punished, with RFA noting that this specific case will be the first time the country applies the Act in a case involving minors.

RELATED: Netflix to Change How it Measures Viewership Data After Squid Game Success

The report also mentions that there is a “great public anxiety” over what could happen to the students caught, and fear that even more could be implicated during the investigation into it. While Squid Game is extremely popular worldwide, North Korea has seen it as a point of anger, with the North Korean propaganda site Arirang Meari calling the series the “sad reality of a beastly South Korean society,” and also touting it as proof of the “hell-like horror” of a capitalist society.