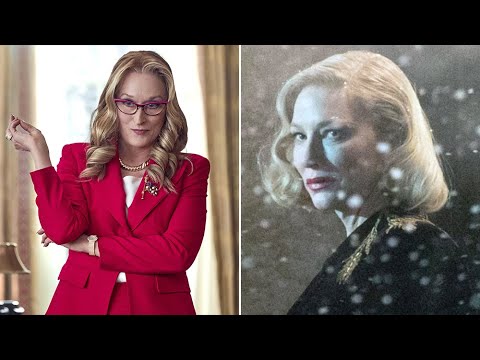 Meryl Streep continues to be the most nominated feature performer at the SAG Awards, with a current total running count of 17 after her ensemble recognition in Wednesday’s nominations for Adam McKay’s Netflix comedy Don’t Look Up.   Overall, including TV noms, Streep counts 19 SAG nominations in her career including noms from such TV series as Big Little Lies (ensemble drama) in 2020 and a 2004 win for female lead actor in a TV movie/miniseries for HBO’s Angels in America.  Cate Blanchett isn’t far behind, taking her SAG nom running total to second place among all feature performers from 14 to 16 today with a supporting female actor nomination for Searchlight’s Nightmare Alley and an ensemble feature cast nom for Don’t Look Up. In total for her career, including SAG nom recognition from T …
————————————————————————-