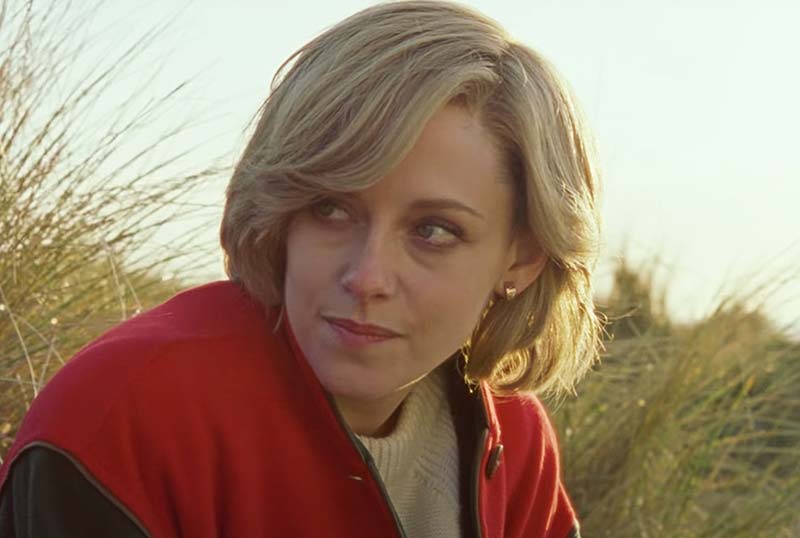 Earlier this month, general audiences were finally introduced to Kristen Stewart’s latest effort as Lady Diana in Pablo Larraín’s Spencer. At 31, Stewart has made a career out of dramatic roles in many movies that required her to dig deep into herself and bring on-screen characters torn by internal conflict. Her work on Spencer was more than warmly received by critics, who referred to it as the coronation of an incredible career that started when the actress was just ten.

Here are five of the best performance in her filmography that reflects her evolution and acting style: Stewart’s breakout role in Hollywood is a major character in the thriller directed by David Fincher in 2002. After a recently divorced mother and her ten-year-old diabetic daughter Sarah move to New York, three intruders break into their new home at night. Sarah and her mother are forced to take shelter in a hidden room to save their lives. While they wait for the burglars to go away at dawn, they find out that the three men are looking to retrieve something right from the panic room. The tomboyish Sarah encourages her mother to fight back the home invasion, even only by dropping some F-bombs.

Fincher sapiently adopted a virtuoso work behind the camera to describe the claustrophobic story, accompanied by some raw performances. Considering that Stewart was only 11 when she shot this movie, her acting looks good even compared to her cast fellow Jodie Foster, Forest Whitaker, and Jared Leto. One of her most powerful scenes involves portraying a seizure on-screen, something that it’s pretty challenging for a grown-up, not only for a child actor. Her efforts were worth a nomination for the Young Artist Awards’ Leading Young Actress. Rejecting the bourgeoise values of modern society, Christopher McCandless (Emile Hirsch) quits all his possessions, abandons his family after graduation, and goes on a quest to find what’s left of America’s wilderness myth. On the road, the protagonist meets other dropouts living on the fringes of society like him, who will help him and guide him, including Stewart’s Tracy. The movie, written, directed, and co-produced by Sean Penn in 2007, perfectly adapts the book written by Jon Krakauer.

While Stewart’s role is relatively small, she brings a meaningful performance even within a few scenes. Tracy is a teenage singer madly in love with Christopher, who is way too absorbed in his spiritual quest even to consider settling down with her. Shortly after this performance, the Californian actress landed the role of Bella Swan in the fan-favorite Twilight saga. In Greg Mottola’s comedy-drama movie, Stewart is Em, the co-worker and crush of the young James Brennan (Jesse Eisenberg). Set in 1987, the story follows James’ misadventures after taking a job at his local amusement park following his parents’ career setback. In Adventureland, the protagonist will learn that life can be painful sometimes, especially when you are chasing the girl of your dreams and she has an affair with the already married Mike (Ryan Reynolds), the park’s maintenance man.

Stewart showcases a wide range of emotions in her character. At times, she can be the most remarkable person in the room, or a nasty she-devil, or the mysterious girl next door, and much more. The James-Em-Mike love triangle resembles a bit the Edward-Bella-Jacob one with the due differences. Even though her character is a bit ambiguous, how can you not love Stewart’s Em when she bites her lips? It’s simple, you can’t.

Welcome to the Rileys 2010’s Sundance Film Festival featured an eye-catching drama directed by Jake Scott and written by Ken Hixon. The script follows Doug (The Sopranos vet James Gandolfini) and Lois (Melissa Leo), a couple struggling to live an everyday life after their daughter’s death. While doing on a business trip, Doug meets Stewart’s Mallory, a 16-year old who is working as a stripper to pay for her bills. Instead of taking advantage of her, the man will eventually take the young girl home with him and attempt to bring her up as if she were his daughter. However, the relationship between him, his wife, and Mallory will be far from being easy.

The Californian actress builds on some of the most peculiar traits shown in Adventureland’s Em, moving far away from her nice girl image in the Twilight era. In addition to bringing on-screen a very punk side of Stewart, this movie confirmed that she was one of the hottest names in the business at the time. Not coincidentally, a couple of years later, she would become the most paid actress in Hollywood. In 2014’s Cannes Film Festival graduate drama written and directed by French filmmaker Olivier Assayas, Juliette Binoche’s Maria Enders is a veteran actress who participates in a revival of her career-launching play after the play’s director dies. She works closely with her personal assistant, Stewart’s Valentine, who comes from America and has a different cultural background and way of thinking about cinema. Before not too long, their relationship will develop on a deeper level than merely the professional one.

The on-screen alchemy between Binoche and Stewart is one of the best things in this movie that deals with personal crisis and existential moments in filmmaking. Stewart worked all 2014 to leave behind Bella and prove wrong some of the harsh criticism she received. The actress stated on different occasions that she is a huge fan of Assayas, and she joined forces again with him in 2016’s Personal Shopper. While the critics loved both Assayas’ work and the actress’ performance, Stewart’s foray into the French movie genre ultimately didn’t pass the box-office test. Still, she took some consolation in receiving the Cesar Award for Best Supporting Actress that year.

Which are the best performances by Kristen Stewart, according to you? Do you think that her role as Lady D will go down as one of her best ones? Let us know in the comments section.