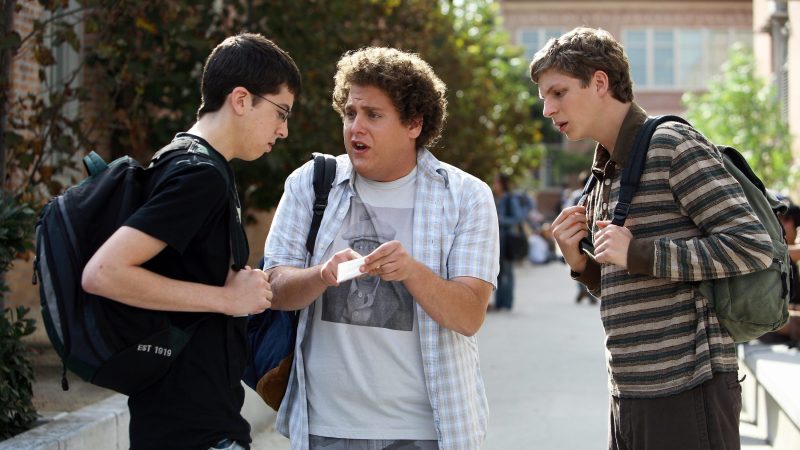 It has been more than a decade since the theatrical release of Superbad, and it’s still considered one of the best teen comedies of all time. Despite its commercial and critical success, a sequel to the 2007 hit was never put into development. Last year, in an interview with LADBible, co-writer Seth Rogen was able to address the reason why a sequel hasn’t been made yet, revealing that Superbad is the one movie he’d “100 percent probably never touch,” because the story they’ve told was already perfect.

Now, in a recent interview with W Magazine, when asked about the possibility of doing a sequel to his first leading project, Oscar nominee Jonah Hill revealed that the only way he would star in Superbad 2 is when he is 80-years-old.

“I haven’t pitched this to anybody,” Hill said. “What I want to do is when we’re like 80, do a Superbad 2. Like, ‘old-folks-home Superbad.’ Our spouses die, and we’re single again. That’s what I want Superbad 2 to be, and that’s the only way I would ever make it.”

Superbad was directed by Greg Mottola from a screenplay written by Seth Rogen and Evan Goldberg. Produced by Judd Apatow, the comedy film starred Hill and Michael Cera as two teenagers trying to lose their virginity at a party before graduation. It earned a gross of over $170 million at the worldwide box office against a $20 million budget.

Hill is best known for his comedic roles in Accepted, Knocked Up, Forgetting Sarah Marshall, 21 Jump Street, This is the End, and the most recent one Netflix’s Don’t Look Up. He also received acclaim for his performance in 2011’s Moneyball and 2013’s Wolf of Wall Street, which both earned him Academy Award nominations for Best Supporting Actor.