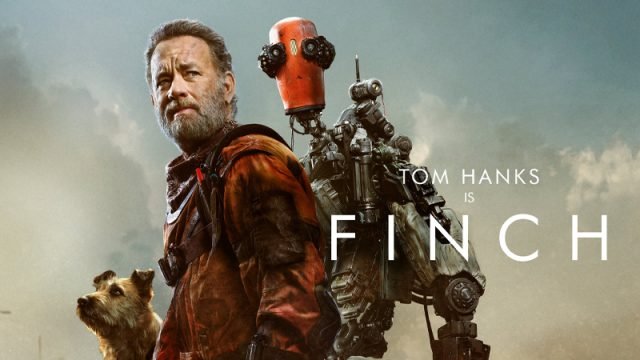 Apple TV’s original film Finch, starring Tom Hanks, features an incredible score from composer Gustavo Santaolalla. The music fits the film like a glove, thanks in no small part to music editor Sebastian Zuleta, who faced the difficult challenge of creating a soundtrack that fit the film’s emotional tone.

ComingSoon spoke with Sebastian to learn a little more about his process and the difficulties inherent with his role as a music editor.

Jeff Ames: I watched the film the other day and thought it was great. It was cool seeing Tom Hanks again – it feels like it’s been a while since I’ve seen him in a new film.

Sebastian Zuleta: I hear you. For even me, it was great seeing his performance many many times. [Laughs]

On average, how many times would you say you watch a film before you’re done working on it?

To be honest, I’ve lost count. Probably hundreds. The interesting thing is — of course I’ve seen the film from beginning to end many times but working with music is basically just watching a scene over and over again and tweaking things and seeing them in different iterations, different versions of the cuts, and then also with different music and all that. So, I’ve lost count.

Do you get sick of the movie?

I don’t think I get sick of the movie. It’s interesting because I start looking at things and noticing elements that I normally would not see on screen. Usually, you’re looking at the main character or the main thing happening on camera, but after watching it several more times I start paying attention to the stuff going on in the background; or maybe there are other characters that are reacting, how they’re reacting. I’m getting all of these other perspectives that I wouldn’t get if I just watched it once. I feel like I get it all.

So, speaking about you, what drew you to the world of music editing?

Well, I love music since I can remember. I started playing different instruments when I was younger, but I went into the more production side of it when I was in college. Right out of college I started working in production sound, but I really wanted to get into post and work on music for films. So, I got an opportunity to work at Remote Control under Heitor Pereira. I really got a master’s degree on how film scoring works and I practice and gained a lot of skills in music editing and just slowly of fell into it. One day I got a call, like, “Hey, we need help with this film Our music editor is unavailable, can you do this kind of work?” and I said, “Yes,” and I just started getting calls to come in and help on the side and eventually started getting my own project. It was basically discovering a world I didn’t really set out to get into and that I loved. I’ve been doing it ever since.

How has your process evolved since you first started?

I think one of the things is just understanding the process of film scoring better and stepping up to the challenge each project brings. One of the things that probably changed overall is being able to anticipate or predict problems that will come up and getting behind them before they fall through the cracks. Also, creatively, just being more connected to who I am and throwing ideas out there, and being more involved and shaping it. When I first started, I was an assistant and it was mostly background work. So, I really appreciate when I get the opportunity to give more creative input and give ideas to make the film better – collaborating with filmmakers and composers to make the film as great as it can be.

On Finch, you’re working with composer Gustavo Santaolalla. What was that collaboration like?

Well, first, I grew up in Columbia, so I knew and admired Gustavo for many years. But the process was very cool because I started right from the get-go. I started working on the director’s cut and by that time Gustavo had already written a lot of music. When I got on, I already had a toolbox of original music to play around with and basically shape ideas of where the music could go in the film; and also inform us what music we needed for other scenes and have that back and forth conversation with Gustavo and Miguel [Sapochnik].

I imagine this would be a difficult film to score – it’s a science fiction fantasy, but it also has a lot of humor and heart. How did you guys go about finding the right tone for the score?

It was definitely a lot of trial and error. Like I said, getting Gustavo’s score earlier — amazingly, a lot of what he wrote before they shot the film is in the finished film in its entirety just how he wrote it. Right from the get-go, I think he had a good idea of how those emotional moments were going to play.

One of the things we were gauging, and it was trial and error, and I remember cutting a lot of temp music for certain scenes, particularly the action moments where it’s like, what’s the range? You know, like Transformers on one end and some percussion with some rhythms when we have a tornado or something with a lot of sound effects. We really just tried and played with so many things to just fine-tune everything.

What were some of the unique challenges you faced when editing the score?

Definitely, the action-based cues. I think I cut easily thirty versions of one scene with just different scores, sources, and temp cues. That was one of the challenges in trying to find the tone that would give us the emotion and urgency we need without going overboard. It could have been a very sad film – it’s just one man left in the world with a dog. So, it’s finding that balance of not making it too depressing because we could lose the audience right from the beginning if they think there’s no hope. So, I think we just had to find the rays of light that would shine and give the audience hope; and the moments of comedy that would provide some levity before the next storm.

You’ve also worked as a composer on short films and the TV series Soccer & Drinks. How does that background help you as a music editor?

When I started doing music editing, which, like I said, I didn’t originally start out to do, I found that editing and composing go hand in hand. Ultimately, it’s just putting music to picture, whether I’m writing original music or cutting music that someone else wrote or temp music. It’s about figuring out what will get us the most emotion. Being a music editor contributes to being a better composer and musician and vice versa. I can cut different scores from different movies but if I need something to bridge things over, I can write something quickly that will connect both and make it seem like one piece. So, I get to bring both of those worlds to the project I’m working on.

Was there a moment on Finch where you had to fight for your vision of a particular scene?

I usually allow the music to speak for itself. I think if there’s an idea that I want to fight for, I do it on my own and present it as an idea. Ultimately, I’m there to serve the story, so whenever there is something that I know will contribute to it, I will definitely present my case and hopefully, it will make it into the film.