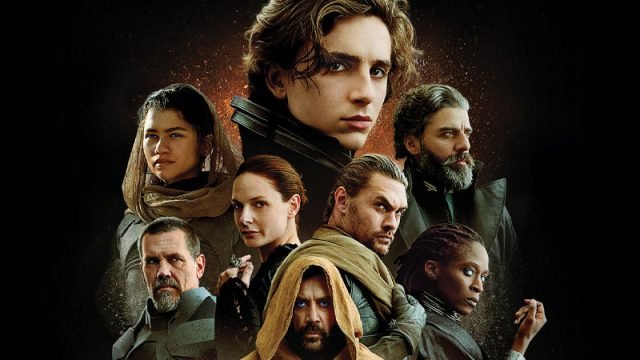 Denis Villeneuve’s Dune finally made its way to theaters and HBO Max in October and, despite the influx of hype, didn’t disappoint. Even at nearly three hours, the sci-fi extravaganza still felt too short, its overall impact only dampened by an all-to-abrupt ending that sets the stage for what should be an extraordinary sequel.

MORE: Scream Review: A Return to Woodsboro With Mixed Results

Written by Villeneuve, Jon Spaihts, and Eric Roth based on the novel by Frank Herbert, Dune follows Paul Atreides, a young man with extraordinary powers who is prophesied to be the one who will unite the universe. As the various houses and factions battle with each other, Paul must set out on a journey to fulfill his destiny and bring peace to the galaxy.

Featuring an all-star cast that includes Timothée Chalamet, Rebecca Ferguson, Óscar Isaac, Jason Momoa, Stellan Skarsgård, and Stephen McKinley Henderson, Dune swings for the fences and absolutely hits a home run. The acting is exquisite, the story, however complex, fascinating. And the eye-popping FX and stunning visuals only add to the flavor.

I thought the movie looked great on HBO Max, despite the limitations presented by streaming, but was absolutely blown away by this new 4K edition (order here). The 2160p transfer is quite impressive, even if this edition lacks those magnificent IMAX sequences shot in 1:90:1 aspect ratio. No matter, the 2:39:1 format lends itself well to Villeneuve and cinematographer Greig Fraser’s magnificent landscapes and spectacular battle sequences. Colors pop more than ever, while the contrast between, say, the dark shadows of Baron Vladimir Harkonnen’s lair and the sandy dunes of Arrakis is terrific.

Likewise, Dolby Atmos’ sound mix explodes from the speakers. I own a relatively modest 5.1 surround sound home theater system and enjoyed the various sounds crackling from each speaker. Hans Zimmer’s breathtaking score has a tendency to take center stage during some of the bigger sequences, but not in a way that detracts from the viewing experience like Christopher Nolan’s recent Tenet.

Special features are good, but not as mesmerizing as one would expect from a release of this ilk. Most are brief featurettes that run less than 10 minutes and serve mostly as promotional material with paper-thin insight into the actual production, while the lack of a commentary is disappointing considering the abundance of material fans would surely love to learn more about.

Dune will obviously enjoy better releases in the future, particularly once the franchise has concluded, but this new 4K offering is currently the best way to view Denis Villeneuve’s sci-fi epic in all of its glory.

As ComingSoon’s review policy explains, a score of 9 equates to “Excellent.” Entertainment that reaches this level is at the top of its type. The gold standard that every creator aims to reach.

Disclosure: Critic was sent a copy for our Dune 4K review.