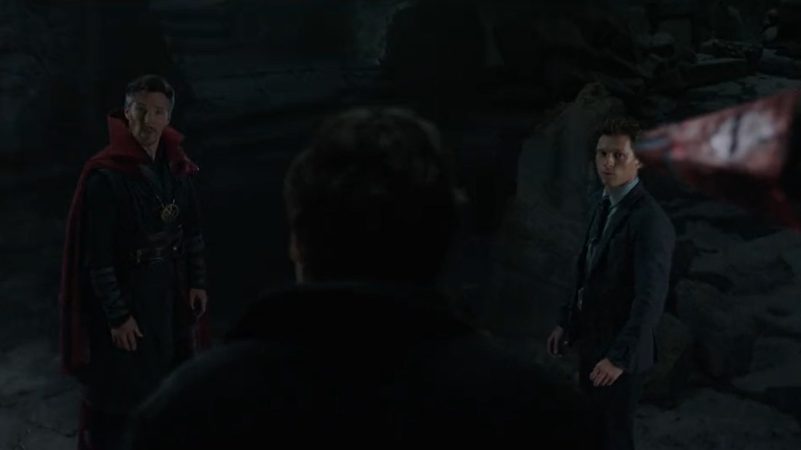 Sony Pictures has revealed a new Spider-Man: No Way Home TV spot for the highly-anticipated superhero film, featuring some new footage. The film is scheduled to hit theaters on December 17, 2021.

The 30-second video, which you can check out below, teasing the aftermath of the first fight scene between Alfred Molina’s Doc Ock and Tom Holland’s Peter Parker, where the titular hero finally learns that the multiverse is indeed real. It also gives us a preview of potentially the first interaction between Benedict Cumberbatch’s Doctor Strange and Doc Ock, who is also confused with the whole situation.

Spider-Man: No Way Home sees the return of Tom Holland as the beloved titular wall-crawler, who will now be joined by Benedict Cumberbatch’s Doctor Strange. Like WandaVision, it has been confirmed that No Way Home will tie into the events of Sam Raimi’s Doctor Strange in the Multiverse of Madness.

“For the first time in the cinematic history of Spider-Man, our friendly neighborhood hero’s identity is revealed, bringing his Super Hero responsibilities into conflict with his normal life and putting those he cares about most at risk,” reads the new synopsis. “When he enlists Doctor Strange’s help to restore his secret, the spell tears a hole in their world, releasing the most powerful villains who’ve ever fought a Spider-Man in any universe. Now, Peter will have to overcome his greatest challenge yet, which will not only forever alter his own future but the future of the Multiverse.”

Joining Holland and Cumberbatch are Zendaya (Euphoria, Dune) as MJ, Jacob Batalon (50 States of Fright) as Ned, Marisa Tomei (The King of Staten Island) as Aunt May, Jon Favreau as Happy, Tony Revolori (The French Dispatch) as Flash, and Hannibal Buress (Tag) as Coach Wilson.

Spider-Man: No Way Home is once again directed by Jon Watts from a screenplay written by Chris McKenna, and Erik Sommers.