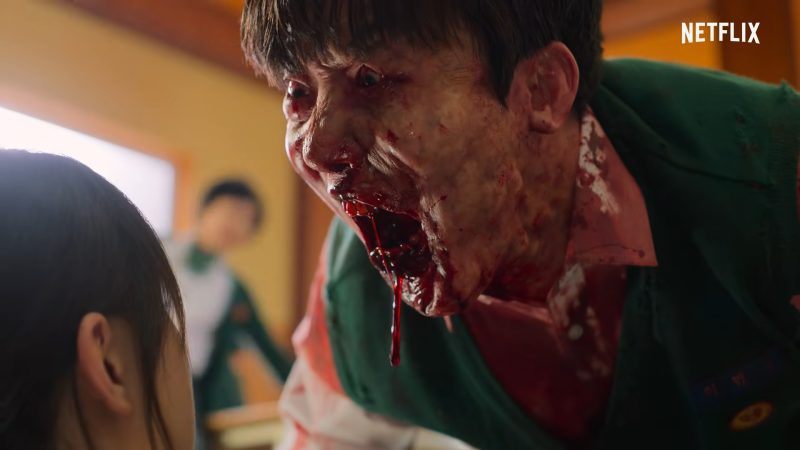 All of Us Are Dead Trailer: School’s Out for the Netflix has debuted the full All of Us Are Dead trailer for the upcoming South Korean horror drama, centering around a zombie breakout in a high school. The series will be available for streaming on Friday, January 28.

The video, which you can check out below, highlights the chaos that will get unleashed as a school turns into a bloody battleground, where students must fight for their survival. It also gives us a preview of the virus’ origins, which involves a mad science teacher.

Based on Joo Dong-Geun’s popular 2009 digital comic on Webtoon, All of Us Are Dead follows a group of students trapped in a high school who find themselves in dire situations as they seek to be rescued from a zombie invasion of their school. It is set to open up a completely new chapter in the history of zombies with a story of daring teenagers who manage to find love and friendship even amidst a zombie apocalypse.

The series will be led by a young cast including Yoon Chan-Yeong (Mama) as Cheong-san, Park Ji-Hu (House of Hummingbird) as On-jo, Cho Yi-Hyun (Metamorphosis) as Nam-ra, Lomon (Bleak Night) as Su-hyeok, and Yoo In-Soo (School 2017) as Gwi-nam. Joining them are Lee Yoo-Mi and Lim Jae-hyeok.

All of Us Are Dead is co-directed by Lee JQ (Beethoven Virus, Intimate Strangers) and Kim Nam-Su from a script written by Chun Sung-Il. It is a production by JTBC Studios’ Film Monster.