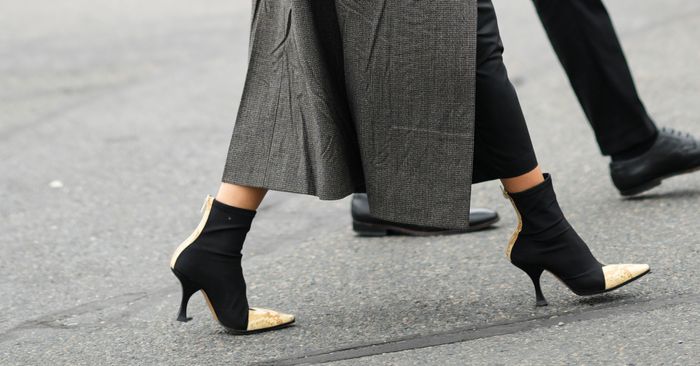 These Boots Were Huge in 2017, But This Autumn, They

You’d be forgiven for thinking that 2017 was basically a decade ago. Thanks to the past 18 months, it’s felt like time has slowed, so what happened “before” feels like a lifetime ago. This means that trends returning from a mere four years ago seem like they’re from ages ago. The trend I’m thinking about today is the sock-boot trend. If you think back to 2017, you’ll remember that Balenciaga’s floral version was all over fashion week on the feet of various influencers. As a result, high-street brands copied the style, and the trend exploded.

Then, it died down. We became obsessed with combat lace-up styles, cowboys, and let us not forget the ever-popular track- and chunky-sole boots. However, I’m here to tell you that I’ve spotted a few people wearing sock boots again thanks to fashion week. Whether they’re stiletto heels (as seen on Vogue Australia editor Christine Centenera) or fluorescent green, there are myriad ways to wear the boot style.

Scroll below to see how to wear the trend this season, and then keep going to see 2017’s take on it. Plus, shop our edit of the best sock boots right now.