Ever since Anya Taylor-Joy made her big-screen debut in Robert Eggers’ 2015 horror The Witch, the 25-year-old actor has been one to watch. Taylor-Joy has transfixed audiences time and time again — whether she’s depicting a meddling matchmaker in Autumn de Wilde’s period film Emma or playing “the most hated character” in British crime series Peaky Blinders, her striking screen presence remains unmatched. Most recently, she was awarded for her role in Netflix’s record-breaking series The Queen’s Gambit, where her portrayal of troubled chess prodigy Beth Harmon landed her a Golden Globe, a Critics Choice Award and a SAG Award. Off-screen, Taylor-Joy is known to turn heads on every red carpet she graces. Ahead of the release of her latest film, Edgar Wright’s thriller Last Night in Soho, on October 29, Taylor-Joy was named Dior’s newest global brand ambassador — further elevating her status in the fashion world. We’d be lying if we said we were surprised. 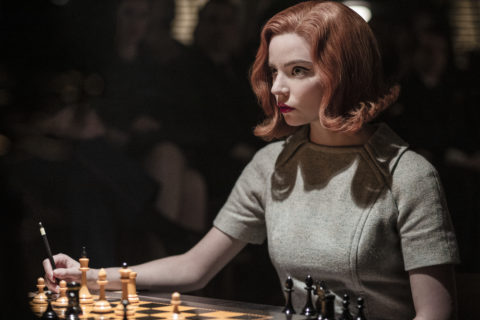 On October 25, the design house announced that in her new role, Taylor-Joy will represent women’s fashion and makeup. “Anya will partner with the brand, celebrating the iconic heritage of Dior, and showcasing the designs and creations of women’s creative director, Maria Grazia Chiuri and creative and image director of makeup, Peter Philip,” said Dior in an official statement.

In line with her rise to superstardom as an actor, Taylor-Joy has become an influential fashion figure in her own right. This is in part thanks to her ongoing collaboration with celebrity-stylist and image architect Law Roach, who has put Taylor-Joy in several show-stopping Dior ensembles in recent months. At the September 2021 Emmys red carpet, for instance, she stunned in a yellow vintage-inspired Dior look styled by the aforementioned Roach.

In all her roles, Taylor-Joy brings a unique charisma and captivating portrayal of her respective characters. For the 2021 Venice Film Festival premiere of Last Night in Soho, the actor stepped out in a vintage-looking custom pink satin Dior dress — a look that Roach said was inspired by the 1960s setting of the film, according to WWD.

Last Night in Soho — while being categorized as a horror — can easily double as a fashion film. It follows aspiring designer Eloise (Thomasin McKenzie), who is able to travel back to the ’60s via her nightly dreams. During her sleep-induced adventures, Eloise finds herself inhabiting the life of Sandie (Taylor-Joy), a hopeful ‘60s starlet who soon meets a dark fate. And as Sandie’s life unravels, so does Eloise’s. 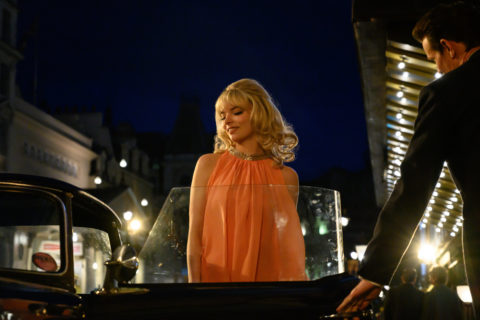 Taylor-Joy is the ultimate glamour girl in Last Night in Soho, sporting platinum blonde hair and 1960s inspired styles — namely the flowy chiffon pink “tent dress” she dons as Sandie’s introductory look. “It’s a neon-fuelled nightmare,” says Anya Taylor-Joy of the upcoming film in an official release. “Dark, but the darkness is juxtaposed with these incredibly bright flashes of colour. A realistic world, but one firmly set in a dream.”

Just like Taylor-Joy’s Dior collaboration, the film is sure to be full of dazzling style moments. We can’t wait to see what the actor-turned-bonafide-fashion-darling does next.