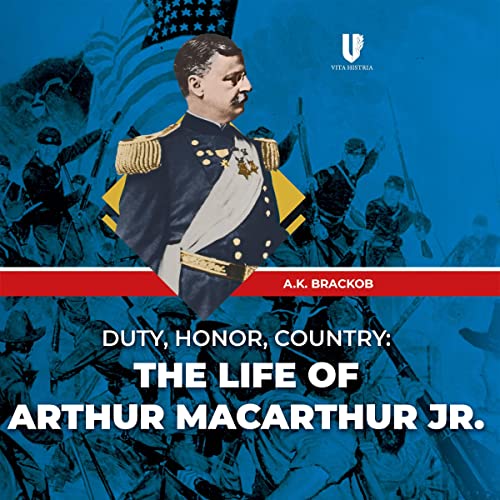 On September 15, 1906, Arthur MacArthur, Jr. became the 12th man in the history of the United States Army to be awarded the rank of lieutenant general, the highest rank in the army up to that time. This great honor, which marked the culmination of MacArthur’s brilliant military career, included him in the ranks of such outstanding American military leaders as George Washington, Ulysses S. Grant, and William Tecumseh Sherman, all of whom had previously held this rank. This bespeaks of the importance of Arthur MacArthur as a figure in American history, yet invariably when the name MacArthur is mentioned today, it is almost immediately associated with his son Douglas. Arthur MacArthur is, however, equally deserving of recognition as a great military leader.

This biography, based on extensive archival research, reveals the remarkable career of this great patriot and his contribution to American history. This is all the more important because, to fully understand the career of his famous son Douglas, who had such a profound impact on the military history of the United States in the 20th century, it is essential to study the life and career of Arthur MacArthur, Jr., who began his military career as a mere boy fighting for the 23rd Wisconsin Infantry Regiment during the Civil War.

Douglas MacArthur was himself conscious of the profound influence his father had upon his life. Douglas once said, “Of all men I have known, my father was the one I most respected and admired.”

The official website for Beacon Audiobooks may be found at http://www.beaconaudiobooks.com